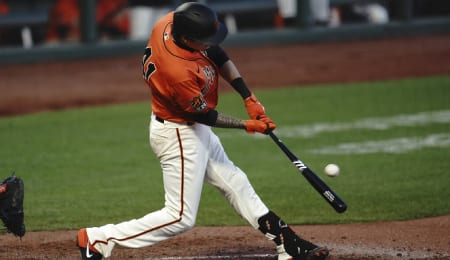 Welcome back to another week of Fantasy baseball. We’re into mid-June, nearly two-fifths of the way through the season, so you really need to make your move now. Use that wire!

This week, the White Sox lost another key bat with Nick Madrigal tearing his hamstring (see below for a replacement option… assuming a trade isn’t coming); after losing 30 of its last 35 games, Arizona made changes, canning both hitting coach Darnell Coles and his assistant, Eric Hinske; and Trevor Story came off the DL Thursday, paying immediate dividends with a hit, a walk and a run.

And now, featuring some deep league injury replacement options, let’s get to this week’s…

Wilmer Flores, 2B/1B/3B, San Francisco Giants (ESPN: 5.2 per cent; CBS: 6 per cent): It’s been five long years now since we ranked Flores as a Top 35 third baseman, and while he’s generally performed well in the years following, he never again approached the same amount of action he got in 2015, thereby limiting his overall value. This season, he’s been getting the PT and is now pretty much guaranteed more with Evan Longoria out for the next 4-to-6 weeks, but he’s almost never looked this bad offensively. Flores simply hasn’t hit well and his extra-base sock has really plummeted after last season’s impressive showing. Still, he does have occasional pop (see video below) and he has the opportunity, so at the very least deserves attention in NL-only formats (just don’t start him against Max Scherzer as he’s 0-for-17 in his career against the ace). Flores, who famously broke down in tears when he thought the Mets were trading him, has shown that he can rake when given the chance (see what he did in Arizona just two years ago for a prime example), so keep an eye on him to see if he can heat up with regular at-bats.

Juan Lagares, OF, Los Angeles Angels (ESPN: 0.3 per cent; CBS: 1 per cent): Another former Met, Lagares was last a factor in 2015, when we considered him a top 110 outfielder for the remainder of the season, and he actually exceeded that ranking, hitting extremely well over the final six weeks of the season to somewhat salvage what had been a down year. Similar to Flores, Lagares never again saw that much playing time, but is now getting a second lease on life thanks to an injury, in this case to Mike Trout. Lagares missed most of April with his own injury before flashing some extra-base sock last month, and while he’s struggling to hit in June so far, the opportunity is there, making him worth considering in deeper AL-only leagues. Maybe he can make a bigger impact than simply busting up windows in Oakland…

Danny Mendick, 2B/SS/OF, Chicaco White Sox (ESPN: 0.3 per cent; CBS: 1 per cent): With news that Nick Madrigal is out at least two months with a torn hammy, superb sub Mendick becomes a bit more interesting. A Southern League All-Star in 2018, Mendick came through on Friday with a pair of hits, a run and a ribbie — a welcome sight given that his bat has been more or less silent since a hot April (other than a five-RBI game in May). The run was especially nice to see as he’s had trouble crossing the plate with any regularity this season, but perhaps some consistent PT will be just what the doctor ordered.

Australian alt rock band Spiderbait got its start in 1989, and other than a nine-year break in the early 2000s, has been at it since. In 2001, the band released its fifth album, The Flight of Wally Funk, and the second single from this effort was “Outta My Head.”

By RotoRob
This entry was posted on Saturday, June 12th, 2021 at 12:22 pm and is filed under BASEBALL, RotoRob, The Wire Troll. You can follow any responses to this entry through the RSS 2.0 feed. Both comments and pings are currently closed.