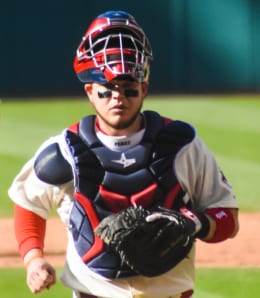 The 2019 Fantasy baseball season is pretty much done now, so here’s hoping you had a superb campaign and that our waiver wire picks played a role in that success.

Naturally, we had plenty of misses along the way, and because of the weekly nature of our column it means that some hot free agents get scooped up days before we can tout them. Given the way Fantasy baseball leagues tend to operate, we also use the second half of the season as a time to tout more dynasty league options. But the fact is that if you managed to wind up with, say, three or four of these guys on your team, chances are you were a pretty happy camper this season.

Roberto Perez, Cleveland Indians (Week 12): Perez continued to excel after our recommendation, and by mid-July, he was comparing favourably to the best offensive catchers in the game. He slowed down a bit after the break (.160 BA over 37 games), but is finishing up with a flourish (1051 OPS through 10 games this month). Finally given No. 1 PT, Perez has really responded, and is no longer a defense-only backstop as was his reputation up heading into 2019. Still, the dude has some serious sweat hair (see video below).

Honourable mentions: Fantasy-worthy catchers were few and far between on the wire this year, but Sean Murphy (who we didn’t recommend) has recently been a bright spot for the A’s.

Danny Santana, OF/1B, Texas Rangers (Week Seven): Although he was used more in the outfield, Santana qualified as the top first baseman on the wire this season. Likely slated as a super utility player again next year (especially given his ability to play every outfield spot), the Dominican veteran finally showed this season that maybe his rookie BA effort wasn’t a complete fluke, and he hit with more power than ever before.

Ryan McMahon, Colorado Rockies (Week 14): McMahon has proved very versatile for the Rox this season, filling it at first and third when needed, but mostly holding the fort down at the keystone corner. Finally breaking through as a full-time big leaguer, he enjoyed a very productive season. It was high time to see McMahon translate that productivity to the bigs after years of being an RBI machine in the minors.

Bo Bichette, Toronto Blue Jays (Week 19): Bichette might deserve this for his wild mane alone, but he’s been damn impressive with the bat as well since being promoted to the bigs at the end of July. He’s been piling up the runs for a lousy Toronto team with tons of holes in its lineup. And last week Bichette added to his legend by becoming the youngest player in team history with a walk-off homer.

Hunter Dozier, Kansas City Royals (Week Five): Dozier has been a great asset at third, and even a decent backup at first base/DH as he’s enjoyed a tremendous breakout effort. He’s really racked up the total bases (thanks to being tied for the AL lead in triples) in one of the best sophomore seasons in Royals history.

Bryan Reynolds, Pittsburgh Pirates (Week 10): Reynolds came out of nowhere this year to grab the left field job in Pittsburgh, showing nice gap power in what’s been a productive season. In fact, his hitting (third in the NL in BA) has been one of the few bright spots in an otherwise ugly season for the Pirates.

Alex Gordon, Kansas City Royals (Week Three): After several years of being a fringe player, Gordon is once again a player other teams have to respect, if not game plan for. He’s stayed healthier in recent years, playing at least 140 games in three straight seasons, and his extra-base pop continues to bounce back. Gordon has even managed to hit better against lefties this year; still not great, but better (.245 BA).

Mark Canha, Oakland Athletics (Week Nine): Canha has come through with some big hits for the A’s this season, and has seen his most action since that very productive rookie campaign he enjoyed in 2015. His doubles have turned into homers, and he’s shattered his personal best in runs scored in what’s clearly been a career year for the backup outfielder.

Max Fried, SP/RP, Atlanta Braves (Week Three): Fried took a major step forward this season, and although his ERA is up, his xFIP (3.34) has been really strong, suggesting that he’s a nice sleeper for 2020. We’d definitely like to see him improve his WHIP for him to get to the next step.

Zac Gallen, SP, Miami Marlins/Arizona Diamondbacks (Week Six): Gallen simply dominated the hitter-friendly PCL this year, earning his first promotion to the bigs. He was nearly unhittable for the Marlins, and then after getting dealt to Arizona at the deadline, he had a bit more issues with home runs, but remained very effective. All told, Gallen got a half season of MLB experience and was truly fantastic, emerging as a must-start Fantasy option.

Sean Manaea, Oakland Athletics (Week 22): One of the biggest success stories from the 2015 prospect class, Manaea missed most of the season after shoulder surgery, but he sure didn’t look rusty upon his return in September. In fact, he’s been off the charts good, and a real difference maker down the stretch for those that had the foresight to stash him. Manaea, who no-hit a very hot BoSox squad last year, has truly been waiver wire gold this month.

Chris Bassitt, Oakland Athletics (Week Eight): A real team player, Bassitt offered to pitch in relief when the A’s were dealing with bullpen injury issues. But given how useful he’s been in the rotation — finally breaking through as a full-time starter this year — the A’s wisely opted to keep him right where he was. Bassitt had teased us with some nice moments over the years, but he took a major step forward as a useful Fantasy asset this season.

Brandon Workman, Boston Red Sox (Week Seven): Workman has come out nowhere to the point where’s he’s been a top 10 reliever for certain weeks this season. The veteran has enjoyed his finest ERA ever while racking up plenty of holds and saves. Control has been an issue for Workman, but he’s pitched around his wildness more often than not.

Mark Melancon, San Francisco Giants/Atlanta Braves (Week 15): Among several relievers the Giants traded this season, Melancon arrived in Atlanta at just the right time to steal the closer’s gig. He was getting a few holds in San Francisco, but since coming to Atlanta, his value has spiked, despite more judicious use (in terms of innings per outing). All told, Melancon put up his second highest win total and in going 10-for-10 in save chances for the Braves, proved he’s still a viable closing option.

Emilio Pagan, Tampa Bay Rays (Week 17): Pagan’s enjoyed a breakout season, setting a new career high in innings pitched and doing a better job of limiting long balls. He’s been virtually unhittable this season, and while it took some time, he finally ascended to the closer role for the Rays. There were some early hiccups for Pagan, but he’s looked a lot more dependable in the second half.

Canadian singer Ian Thomas has been at it since 1970, although he peaked pretty early on his career. His most famous single was “Painted Ladies,” released in 1973. Here’s the B-Side to that classic, “Will You Still Love Me.”

Now it’s your turn. Let us know in the comments below which Fantasy baseball waiver wire picks you struck gold with this season.

By RotoRob
Tags: Cleveland Indians, Roberto Perez
This entry was posted on Saturday, September 21st, 2019 at 5:58 pm and is filed under BASEBALL, RotoRob, The Wire Troll. You can follow any responses to this entry through the RSS 2.0 feed. Both comments and pings are currently closed.