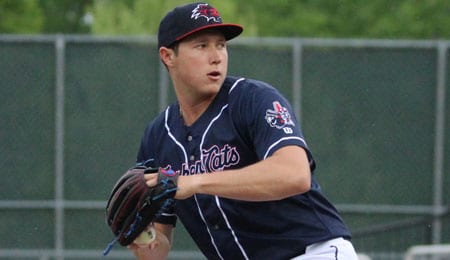 Welcome back to another week of Fantasy baseball. We’re nearing the end of July, so if it hasn’t passed already, your trade deadline is looming. Keep working that wire, peeps.

This week, we’re all wondering what the odds are that the Mets are going to trade Noah Syndergaard, who was untouchable, but is now apparently on the block; Five-time All-Star Troy Tulowitzki has decided to pack it in; and Blake Snell (elbow surgery) will be out until September, seriously damaging the Rays’ playoff hopes.

Kyle Tucker, OF, Houston Astros (ESPN: 4.2 per cent; CBS: 46 per cent): Just over two months ago we discussed Tucker’s impressive exploits at Triple-A. Well, he didn’t hit quite as well in June and hasn’t been quite as productive this month, but this kid now has 25 homers and 22 steals through 94 games. Tucker has been a top prospect for a long time now, so it’s damn well time for him to get another crack. Pray that he’s traded at the deadline to a team that needs outfield help so that the fifth overall pick from 2015 can finally prove what a Fantasy force he can be.

Nate Pearson, SP, Toronto Blue Jays (ESPN: 0.6 per cent; CBS: 11 per cent): With the Jays poised to trade Marcus Stroman, the answer to the question “where will the next Jays’ ace come from” may be answered right here in Pearson. Pearson is dominating Double-A, working 5 2/3 hitless innings in his last start, and surrendering just 25 hits in 40 IP since his promotion from High-A. For the season, his ERA is a smidge over 2.00 and his WHIP is a deliciously low 0.80. After an injury-ravaged 2018, Pearson showed he was healthy in the AFL last year (see video below), and has kept rolling into this season.

Gavin Lux, SS, Los Angeles Dodgers (ESPN: 1.6 per cent; CBS: 21 per cent): The already-loaded Dodgers have several stud prospects at Triple-A ready to join the majors, most notably Lux. A 2016 first round pick, he piled up the runs at Double-A and has been making a mockery of Triple-A while showing an advanced batting eye. With four straight multi-hit games, Lux is batting .483 through 21 games since his promotion. He’s proved durable so far in his career while scoring a crap load of runs. The Dodgers have yet another future stud on their hands here.

Greg Allen, OF, Cleveland Indians (ESPN: 0.6 per cent; CBS: 5 per cent): Allen has been seeing more consistent PT since Leonys Martin was sent packing. Allen has responded, batting .316 over the last week, and .394 in July. He has a ways to go to top what he did last year in terms of runs, but he’s shown improvements in OBP and slugging while doing his best work with RISP. Cleveland’s sixth rounder in 2014, Allen has room to grow in his hit tool, but the fact that he can play all three outfield spots should guarantee him decent PT, making him an option in AL-only leagues.

Bo Bichette, SS, Toronto Blue Jays (ESPN: 4.9 per cent; CBS: 45 per cent): The Bichette watch is definitely on in Toronto now. An injury in late-April slowed his season, but the kid is rolling now, racking up the total bases at Triple-A. Toronto’s second rounder in 2016, Bichette brings a sweet BA, nice speed and modest power to the table and will soon make Freddy Galvis expendable.

Jose Urquidy, RP/SP, Houston Astros (ESPN: 22.1 per cent; CBS: 28 per cent): Urquidy’s first start was meh, but you can excuse it because it was in Coors Field. Next time out he was shelled by the Angels, but rebounded nicely with an absolute gem last weekend. Urquidy’s command has been off the charts good and he’s not suffering from the gopheritis he did in Triple-A. Consider him a nice streaming option at this point.

Drew Waters, OF, Atlanta Braves (ESPN: 0.4 per cent; CBS: 8 per cent): One of several MLB-ready prospects the Braves boast, Waters has made the transition from Advanced-A to Double-A — usually the toughest one for most kids — look seamless. He’s stayed healthy this year and just keeps hitting. Waters leads the Southern League in batting, runs, hits, doubles, triples and total bases. This future stud needs to be owned in keeper leagues.

Anthony Santander, OF, Baltimore Orioles (ESPN: 7.4 per cent; CBS: 18 per cent): Santander has gone yard in back-to-back games twice in the last week while driving in four runs over the last three contests. After struggling last year, he’s managed to start putting up some nice counting cat numbers this season making him a nice AL-only league option. Is Santander’s 846 OPS in July a mirage or a breakout? It’s worth grabbing him to find out.

American rockers Ambrosia formed in 1970, and other than a seven-year break in the ’80s, is still going at it today. In 1978, the band released Life Beyond L.A., its third album, and from that effort, the first single was “How Much I Feel,” the band’s most successful song ever, reaching No. 3 on the U.S. charts.

By RotoRob
Tags: Kyle Tucker
This entry was posted on Saturday, July 27th, 2019 at 2:50 pm and is filed under BASEBALL, RotoRob, The Wire Troll. You can follow any responses to this entry through the RSS 2.0 feed. Both comments and pings are currently closed.