Video Game Review: Life is Strange: Before the Storm, Episode 3 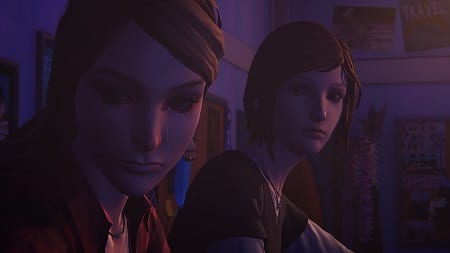 Chloe and Rachel’s prequel story concludes with Hell is Empty.

The final episode of Life is Strange: Before the Storm is a strange dichotomy of an experience. On one hand, Hell is Empty does complete many of the arcs set forth by this prequel mini-series, and fills in many blanks when it comes to Rachel.

This episode, which feels shorter in length and faster in pace than the previous episodes, portrays Rachel’s final moments — and Chloe’s narrative which parallels it — as the life of a smart but troubled teen girl. The problem with this is that as the proverbial Laura Palmer of the series, there’s a gap between who you see in Before the Storm and her destiny in the original series.

This creates a bit of a disconnect, and it seems strange that the smart person seen here would make the catastrophic series of choices that lead to her murder in the original game. If you didn’t know about Life is Strange‘s plot and were told those were the choices she made that led to her death, it wouldn’t feel totally in step.

It’s not like Palmer from Twin Peaks (which is one of the clear inspirations of the series), whose final week was captured in the prequel film Fire Walk with Me, which clearly demonstrates someone spiraling out of control. Rachel never descends into that level of chaos, which makes it somewhat difficult to connect the dots between Before the Storm and the main series.

Also, one subplot that’s noticeably dropped from the first episode is that of burgeoning supernatural powers similar to Max’s in the original series. If you were hoping for a payoff on that, sorry, it’s not resolved.

That being said, what is presented is done well and answers many narrative questions about the characters and completes the story presented in the prequel. And, to the delight of many, the tabletop adventure between Chloe and Mikey returns; we’re betting many Life is Strange fans would play a standalone version of that.

This creates a strange (no pun intended) experience; as a story, it works, but as a prequel, some things aren’t totally aligned. It’s still a must play for Life is Strange fans but don’t expect something that completely clicks with the start of Max’s story.

The story concludes but Before the Storm doesn’t quite line up with the Rachel we hear about in Life is Strange. Your enjoyment of the finale will most likely be based on how much that bothers you.

By Mike Chen
Tags: Hell is Empty, Life is Strange: Before the Storm Episode 3, Square Enix, Video Game Review
This entry was posted on Wednesday, December 27th, 2017 at 9:39 pm and is filed under Mike Chen, Video Game Reviews. You can follow any responses to this entry through the RSS 2.0 feed. Both comments and pings are currently closed.