Video Game Review: Life is Strange: Before the Storm, Episode 2 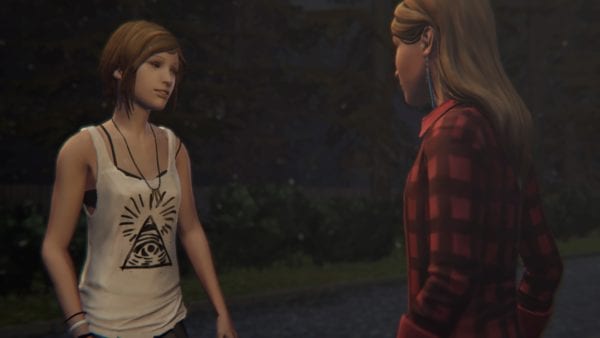 Chloe and Rachel’s relationship is given more depth in Brave New World.

Before the Storm was originally seen as a somewhat unnecessary prequel to Life is Strange. Yet the first episode succeeded despite all odds (expectations from the original cult game, a different developer, a lack of magical powers) and created an in-depth experience as fan-favourite Chloe. The second episode of the trilogy, entitled Brave New World, takes the foundation laid by the first and builds upon it in deeper, more meaningful ways.

With major set pieces involving a school play, an intense family argument, and an awkward dinner, the pieces are starting to fall into place between the Chloe of the original game and the one starring in the prequel series.

Each of these segments allows for exploration of Chloe’s reactions and choices during moments, like how to handle impromptu performances on stage or react to someone else’s parents during dinner. The writing staff has done a good job of letting moments breathe, turning tropes on their head, and giving space to add dimension to other characters.

The result is a three-hour experience that long-time series fans will treasure. The only challenge now is whether or not the finale delivers a payoff worthy of the previous two episodes.

A must-play for fans of the series, Brave New World pushes Chloe’s character in unexpected and endearing ways while setting up a cliffhanger for the final episode. It’s the ideal middle act of what has been an engaging story.

By Mike Chen
Tags: Brave New World, Life is Strange: Before the Storm - Episode 2, Square Enix, Video Game Review
This entry was posted on Wednesday, October 25th, 2017 at 8:07 pm and is filed under Mike Chen, Video Game Reviews. You can follow any responses to this entry through the RSS 2.0 feed. Both comments and pings are currently closed.