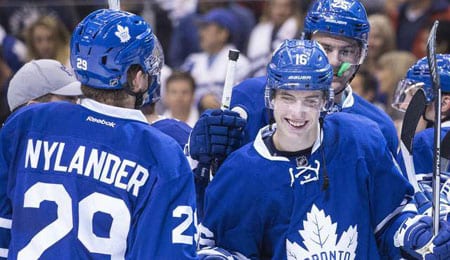 By John Mitchell
Tags: Los Angeles Kings, Matt Martin, Mitch Marner, Roman Polak, Stanley Cup, Toronto Maple Leafs
This entry was posted on Thursday, October 26th, 2017 at 5:51 pm and is filed under HOCKEY, John Mitchell, Team report. You can follow any responses to this entry through the RSS 2.0 feed. Both comments and pings are currently closed.