MLB Today: The Closer Waiting Game is Over 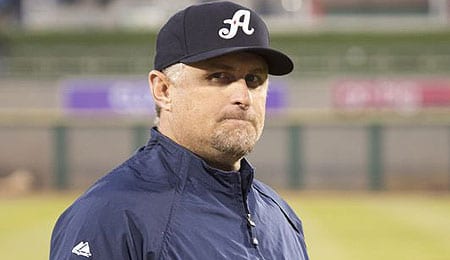 Phil Nevin has moved from managing in the minors to coaching in the majors. (Padres Public)

We missed this item about a month ago, but it’s nice to see former big leaguer Phil Nevin moving up in the coaching ranks. After spending the last three years managing the Arizona Diamondbacks’ Triple-A squad in Reno to a 227-205 mark, he was hired as the new third base coach by the San Francisco Giants. It’s great to witness the former college punter/placekicker (yes, that’s right) getting closer to taking a run at a big league managerial position with this move.

And now, let’s get to the news of the day from around the diamond…

The chase for top free agent relievers Aroldis Chapman and Kenley Jansen was really heating up with the Yankees, Marlins and Dodgers among the teams vying for the services of one or the other. With news that Chapman has returned to the Yankees for five years and $86 million, it’s generally accepted that the market is now set for Jansen, so he’ll quickly follow. Expect him to land on either Miami, Washington or back with the Dodgers.

Shockingly, the Marlins matched the Yankees by making five-year offers for each of them, reportedly. Owner Jeffrey Loria is actually going to dip into his coffers to try to land one of these stud closers. After Mark Melancon was given a four-year, $62-million deal by the Giants — the largest ever for a closer — it was believed that Chapman and Jansen could be in line to approach $100 million deals. Chapman got close; Jansen’s deal likely won’t be too far off from that.

Chapman, of course, remains a strikeout artist extraordinaire, although his K/9 has dipped significantly since reaching a career high in 2014. It’s not like it hurt his results, as he posted the second lowest ERA of his career this year.

As for Jansen, the current cut-fastball master, his velocity recovered nicely this year after a dip in 2015, and he opted to use his slider less often. The results were superb as he was tougher to hit while enjoying a season pretty much on par with his career year in 2013.

The Yankees, for their part, were not solely focusing on landing one of these two, and they were said to be looking elsewhere in the event they didn’t get either Chapman or Jansen. Their preference was to reacquire Chapman as signing Jansen would have meant sacrificing a first round draft pick, as he was tendered a qualifying offer by the Dodgers.

So now that Chapman has landed and Jansen mulls his options, the rest of the potential closer market may finally break free from its limbo to an extent. The fact that Melancon has signed and Wade Davis was just dealt to the Cubs only muddies the waters.

There was some speculation that the Nationals would be the front-runners for Chapman’s services given his history with Dusty Baker when the two were in Cincy together, but given the length of contract the Yankees and Marlins were willing to dole out, they had the inside track here, with the Yankees winning out, as per usual.

In other news, how much does Washington love outfielder Adam Eaton, trading three prime pitching prospects to get him? Really? Kudos to the Pale Hose, who suddenly have a nice cadre of young arms to rebuild around.

By RotoRob
Tags: MLB
This entry was posted on Thursday, December 8th, 2016 at 10:55 am and is filed under BASEBALL, MLB Today, RotoRob. You can follow any responses to this entry through the RSS 2.0 feed. Both comments and pings are currently closed.