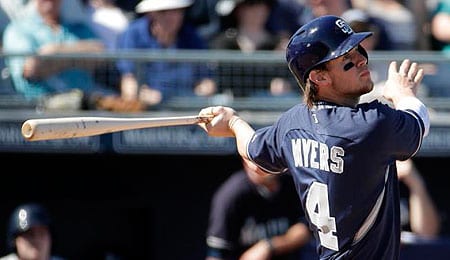 By RotoRob
Tags: Hunter Renfroe, Madison Bumgarner, Manuel Margot, NL West, Petco Park, San Diego Padres, Wil Myers
This entry was posted on Monday, November 21st, 2016 at 11:56 am and is filed under BASEBALL, Player profile, RotoRob. You can follow any responses to this entry through the RSS 2.0 feed. Both comments and pings are currently closed.