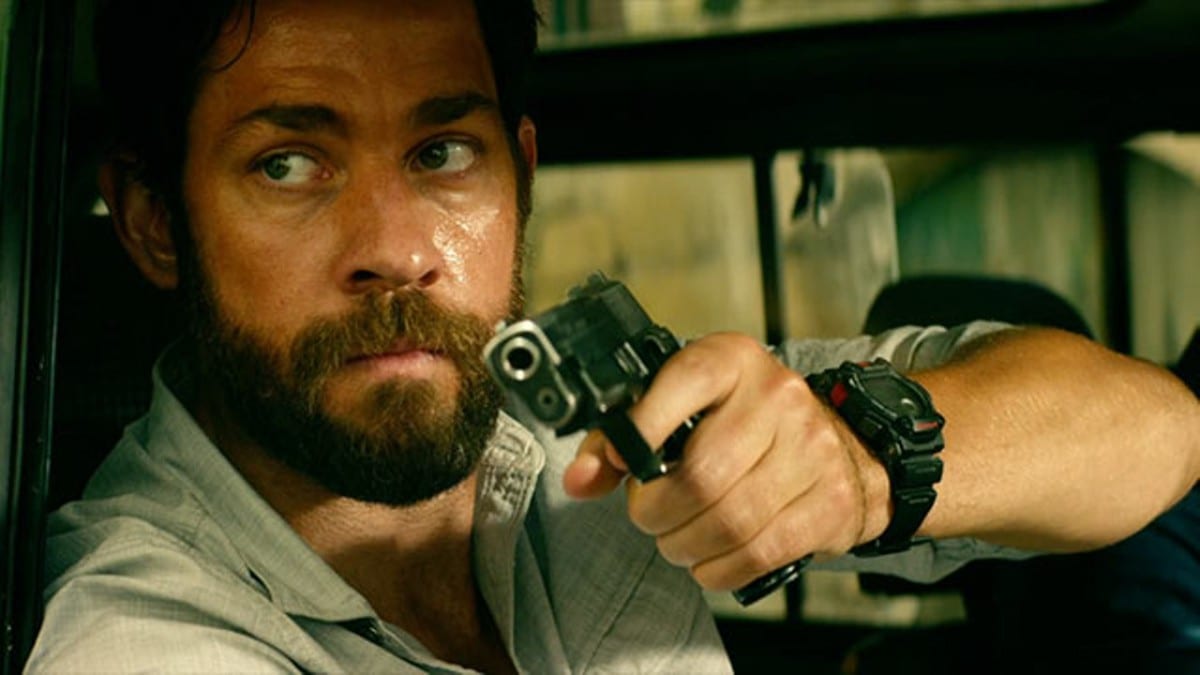 What would Pam think?

When you think biographical war films, Michael Bay isn’t the first name that comes to mind. He’s the king of the eminently watchable yet ultimately dispensable popcorn movie, from Bad Boys to Pearl Harbor to Transformers. And yet, he’s both director and co-producer for 13 Hours: The Secret Soldiers of Benghazi, which is based on a book written in collaboration with the private security forces that were directly involved in the attack on an American diplomatic compound in Benghazi.

You typically know what to expect for a Bay picture heading in, but with the seriousness of the subject matter you figured things would be toned down. They are, to a degree…

Based on real events, 13 Hours takes place in Benghazi, Libya, in 2012. This is shortly after the death of longtime dictator Muammar Gaddafi, which left the country in a state of disarray. While other countries pulled out of Libya, the United States (not surprisingly) maintained a public diplomatic presence as well as a clandestine CIA operation a short distance away.

13 Hours centres on six private military contractors assigned to the CIA: Rone (James Dale), Jack Silva (James Krasinski), Tonto, Oz, Tig and Boon. They provided security for the base along with helping to escort operatives outside of the compound. When U.S. Ambassador Christopher Stevens makes a very public appearance in Benghazi just before the anniversary of 9/11, the team is dispatched to assess the safety of the diplomatic building.

They find the defenses to be woefully inadequate, and on September 11 a group of militants storm the location and trap Stevens along with several others. Despite being rebuffed in their request to render aid, the group eventually dispatches to the diplomatic compound. While they’re able to help, casualties are suffered and the militants track them back to the CIA annex where a siege begins.

There’s a lot of action in 13 Hours, and it’s all very well done. The use of practical effects (read: not CGI) is much appreciated, and the intimate camera angles really draw you in. Firefights are loud and intense, and there’s plenty of Call of Duty inspired moments when a particularly insane shot or explosion will draw cheers (or expletives). It’s definitely the combat that’ll get people re-watching the movie.

To its credit, the film doesn’t really delve into the controversy surrounding the incident, opting instead to tell a straightforward story minus the political undertones. Make no mistake, 13 Hours is an action film through and through with the more politically charged elements neatly swept into the background.

Subtlety isn’t big in Bay’s vocabulary, and he can be a little heavy handed at times during the film — such as having pretty much everyone carrying on emotional conversations with loved ones right before the diplomatic compound is hit or, even worse, when one soldier is killed the half-burnt picture of his wife and child flutters in all its CGI glory in front of the camera. It’s just too much.

While 13 Hours is based on a true story, it’s worth acknowledging that it’s clearly from the contractors’ point of view. They accurately diagnose every situation, every threat, and pretty much everyone outside of those six is portrayed as lacking. For instance, the Ambassador’s security are mustachioed screw ups (no beards for them), the female CIA operative is a know-it-all (though she later redeems herself), and the CIA “Chief” (played by David Costabile of Breaking Bad fame) is a pompous tool.

There are some other small complaints, led by the subplot of help arriving but being delayed at the airport. It’s presented as important for these supplementary forces to arrive, and yet when they finally get there they basically greet everyone and are never seen again with the movie rolling credits shortly thereafter. Attempts at humour generally fall flat (“He should’ve turned left.”) and the script has some cringe-worthy moments.

For reasons that aren’t immediately clear given their relatively short run time, the special features are on a separate disc. There are three fairly interesting ones, though they all tread similar ground (and have lots of Tonto in them). Going behind the scenes to see how they filmed the combat is the best of the bunch and is worth a watch. Just be ready to hear a lot about the influence of having “the real guys” there overseeing what they did.

Although some of Bay’s usual tricks don’t play well with such a serious topic, the combat sequences in 13 Hours: The Secret Soldiers of Benghazi are excellent. It’s a strong film for action buffs, as long as you come in seeking entertainment and not a broader look at what happened in Benghazi.

By HC Green
Tags: 13 Hours: The Secret Soldiers of Benghazi, Blu-ray reviews, James Krasinski, Michael Bay
This entry was posted on Friday, June 3rd, 2016 at 6:23 pm and is filed under Herija Green, Movie Reviews. You can follow any responses to this entry through the RSS 2.0 feed. Both comments and pings are currently closed.