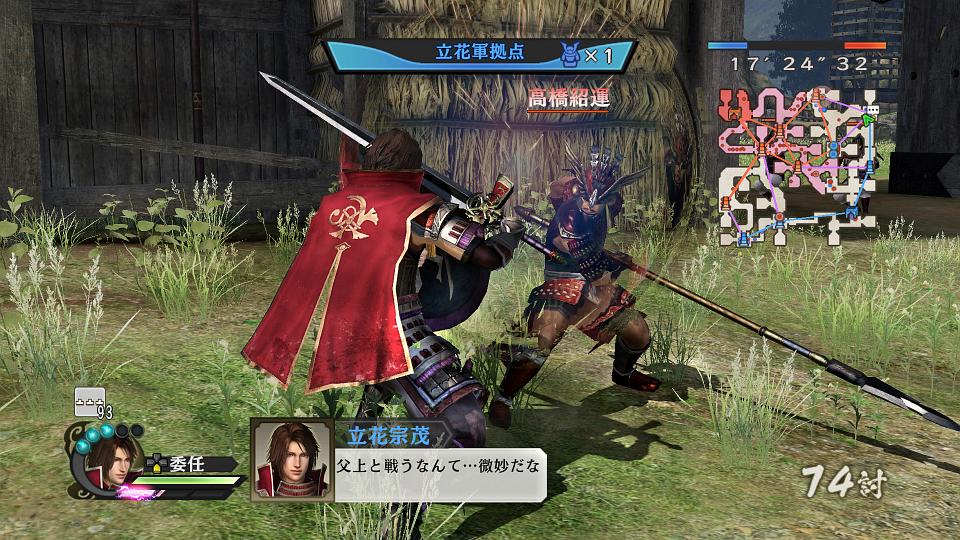 Did anyone really ever wear capes?

If you were to take every single game ever made, pile them up and launch a lawn dart into the air, odds are it’d land on some sort of Warriors title by Koei Tecmo and Omega Force. Some might even argue that the series is the Madden of action games, in that as it has regular releases and largely minor revisions.

Whatever your personal feelings, the latest addition is Samurai Warriors 4 Empires, which comes only a short while after the release of Samurai Warriors 4-II, as Empires releases tend to do. Is taking over Japan getting old? Or is it getting ready for a more drastic shift in the future?

Every Warriors title we play is exactly the same control wise, and the millions that play it love that. Square and Triangle are still the ass kicking buttons they’ve always been, and triggering your Musou attack is still done with the Circle. R1 activates a character’s special ability, which generally either increases their attack speed or strength.

On the battlefield, you can issue limited commands in real time with the directional pad, but they’re severely basic, like “All Defend” (no one moves) or “All Charge” (everyone runs to an enemy base), but they’re effective enough. We still hate the springiness of the camera; it can make examination of your environment unnecessarily clumsy.

Warriors games aren’t known for their stellar visuals, but that’s not to say that they look bad. Although there is still a fair amount of pop-in when it comes to enemy placement and foliage, it’s getting much better at hiding it. As always, animation sets are superb and character detail is pretty sweet. Unfortunately, it’s still hard making a custom character that looks like they truly belong.

The soundtrack is in line with the quality expected of the series, carrying over tunes from several of the other Samurai Warriors games as well as providing some new tracks.

If you’re unfamiliar with the workings of an Empires installment of a Warriors game, it’s not just about carving your way through huge crowds of opposing factions’ soldiers on the battlefield. It’s also about managing resources and ensuring that your kingdom doesn’t go broke trying to achieve its goals.

To achieve victory as any clan, its “Ambition” must be met, be it the extermination of a certain clan, strengthening the bond between two great warriors, or gaining a financial grasp on a certain region. It’s all pretty simple, given the deceptively easy interface.

Deciding certain actions to take during the “Politics Phase” consume Directive points. While it might be tempting to spend the points on employing a superior officer, it may be better to increase the commerce across your regions to ensure your fellow officers’ faith in your ability.

You can also create your own scenarios and victory conditions in Genesis Mode, which also allows the use of your custom characters. Interestingly, in a weird twist, you can also select whether or not the game will feature female officers on the battlefield or not. It’s right there under the difficulty select: New Game, Medium, No Girls Allowed!!!

It does seem like all-around features of the game have been a bit refined from the last Empires, but hardcore fans might not really be into the simplification as they’ve always been about getting their hands on every option possible.

While Samurai Warriors 4 Empires isn’t the most massive jump in the franchise, it’s still a solid experience with tons of stories contained within and a huge roster of interesting and extreme characters to choose from. Plus, it’s just fun, and that’s pretty important too, we hear.