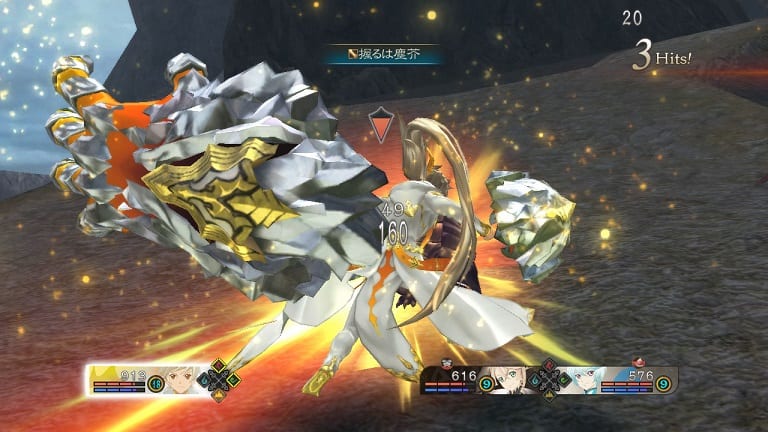 From the anime short movie to the game’s release, Tales of Zestiria is a true JRPG through and through. Given that we had followed the series for some time (though never really played), there was a level of expectation and caliber needed to hold the title of a Tales game. And while this may be the newest addition to the Tales franchise, it is not by any means a deviation from what made the series a staple for JRPG fans.

If JRPGs are your thing and you’re looking for one with quality western localization, Tales of Zestiria is a great primer to a genre or a continuation of a strong standing series.

Given that this was the first Tales game to be simultaneously released for both console and PC, the developers placed a great deal of focus to make sure both platforms played smoothly. The PC version felt like it was built with the keyboard in mind and the appropriate keys were assigned to valid actions.

The camera would be the only feature that could use tweaking as clipping and weird obstructions in tight corridors can break the immersion. Overall, the controls didn’t feel like a lazy console port in which controller buttons are clearly prompted on screen.

Similar to other games in the series, Tales of Zestiria is very anime in the cut scenes and overall presentation. The hand-drawn animations are smooth and character models profoundly capture the essence of the 2D counterpart.

That being said, one aspect of the graphics that seems to be a bit dated is the environments, which look a generation or two behind the times upon close inspection. This isn’t much of a deterrent to the gameplay and is, in fact, fondly Japanese in the JRPG as it provides that general aesthetic and mood.

On audio, the Japanese voice acting cast is well versed in the anime industry and provides the necessary personalities to the characters. The soundtrack is also your standard Japanese fare with a composition of variously lighthearted ambience to orchestral scores.

When the Hellion invades to bring forth chaos, a Shepherd is born in every era to bring light and order back to the world. This story will put the player in the shoes of Sorey, a human who possesses the power to see the Seraphim and will be the bridge between spirit and man in the dark times ahead.

A draw (or bane) to the game is the traditional JRPG learning curve that’s standard when it comes to complex mechanics. Tales of Zestiria is one that maintains many of the spiritual features of past Tales titles, but with new features to spice things up.

Most noticeable is the open world nature of the zones, having character models proportional to their surroundings and traverse farther distances. Party composition is also a mixture of human characters and Seraphims, with a maximum party consisting of four members. Sorey will then be able to perform “armatization” and combine himself with a Seraphim to become the embodiment of an element (i.e., fire) during battle.

This fusion gives access to new abilities and strategies to fight off specific monster types throughout your adventure. The battles themselves follow the trademark action-based Linear Motion Battle System (LMBS) and recognizable features such as “Artes” coming back to the series.

Aside from the combat, new customization and other gameplay additions help players immerse themselves into Tales of Zestiria. Equipment that characters find will have special skills and passive abilities that can be unlocked by matching various combinations on a rune board. Equipment can also be fused to produce a stronger version of the item with increased, random stat benefits.

During exploration, Seraphim called the “Lords of the Land” can be obtained to offer boosts and other benefits such as save point travel within their domain. A local four-player option is also available for those that opt to compete with real players rather than AI controlled NPCs. And with numerous sub quests, dungeons and things to explore, Tales of Zestiria can easily provide dozens of hours to fully complete.

The Tales series is one that has stood the test of time within the JRPG genre, and Tales of Zestiria is another welcome addition to the franchise. While the core concept seem to cater towards the Tales faithful and hardcore RPG fans in general, those with the patience and time to learn the game will be thoroughly rewarded.

By Ted Chow
Tags: Tales of Zestiria, Video Game Review
This entry was posted on Wednesday, November 4th, 2015 at 4:17 pm and is filed under Ted Chow, Video Game Reviews. You can follow any responses to this entry through the RSS 2.0 feed. Both comments and pings are currently closed.