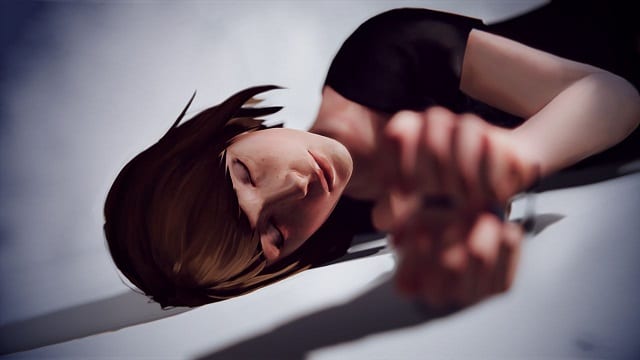 Polarized picks up right where the previous episode left off.

Life Is Strange was, well, a strange series. While the game was equal parts high school girl simulator and time-travel mystery, developers Dontnod took the TellTale Games formula and added a variety of mechanics to build something wholly original — and in many ways, better.

Episode 5: Polarized immediately starts from the previous episode’s cliffhanger, which took the series into much darker territory than the earlier episodes, and Polarized dips into the survival-horror genre in the same way that previous installments lifted elements from other genres.

This isn’t as jarring as it sounds. It still feels very much in-universe, and the stakes are much higher with this being the finale. As this is a story focused on time travel, there’s a sequence that’s reminiscent of Groundhog Day or Hideo Kojima’s P.T.

This requires attention to detail to solve on a level that hasn’t been seen in the series, and that might be frustrating for some fans that are focusing more on the narrative than the puzzles.

That’s only part of the episode, which matches the length of previous ones. Much of the game still follows the same explore-discuss-puzzle sequence as seen before. Some technical issues appeared (we couldn’t tell if they were by design) in which the key item couldn’t be used to solve a puzzle until after the sequence was failed at least once.

We’re staying vague on story details since this is the finale, but the tone, pacing and writing all fit in with the rest of the series, leading to a fitting conclusion. Without giving anything away, if you’ve made it this far, you’ll probably enjoy how it ends.

Overall, the story offers multiple endings based on choice, and depending on how things go, there are varying levels of satisfaction. That being said, a few loose ends are left unanswered or vaguely addressed, which some fans will find frustrating.

Filled with heart-tugging narrative moments, surprising puzzles and a handful of technical issues, Polarized is a fitting conclusion to the Life is Strange story.