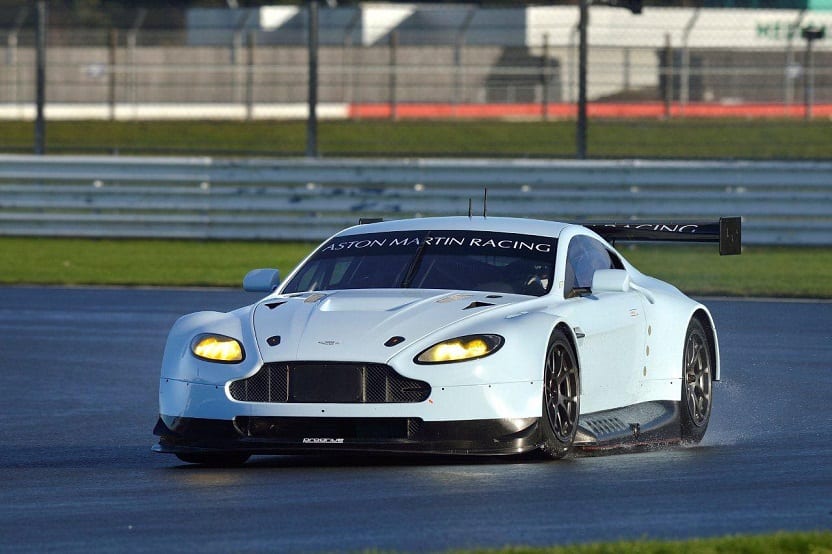 Bandai Namco and Slightly Mad Studios have made another venture into the world of sim-racing with Project CARS. Whether you want to scoot around a smaller track in a go-kart or take the long stride in an endurance trial full of GT40s, Project CARS not only offers a wealth of options and activities, but it also provides the tools to make the sim-experience much more noob friendly.

If you’ve played a racing game before the concept here shouldn’t be too much of a stretch. Acceleration and braking are tied to the triggers and are very sensitive without being over-responsive, aside from the above mentioned go-karts which are pretty squirrelly. Actions like shifting and using the handbrake are bound to the face buttons, but Project CARS also widens the draw for simulation racing.

Just about every facet of your car can be tailored to your taste, so if you don’t like how stiff the clutch is, change it. If you find yourself spinning out constantly, change up your gas and steering sensitivities until you find a way to stay on the track. The daunting world of sim-racing has just gotten a bit friendlier, and Project CARS did some things here that other developers would do well to note.

Of course Project CARS looks best on PC, but when it comes to the console versions the PlayStation 4 has a slight edge over the Xbox One because of better anti-aliasing and smoother reflections. That being said, no matter the platform you choose to race on you’ll enjoy some of the most splendid visuals packed into a racer. There’s also pretty realistic damage modelling on cars as well, and it doesn’t just serve as a cosmetic effect — you’ll lose tires and smash fenders to complete crap. And it looks wonderful in slow-motion during replays.

The detail level of the cars is also outstanding: everything from the rims, headlights, mirrors and more is chock full of detail. While racing in warmer climates you’ll notice heat distortion on the track, twisting the winding turns in the distance, and rain not only provides a visual challenge to contend with but also greatly affects traction.

We did find the default sound levels to be a bit much, because not only are the engine sounds accurate, but they’re also appropriately loud and grindy. The soundtrack tends to hop in the back seat during most portions of the game. It serves its role well but just doesn’t amaze like the visuals do.

Also, keeping an eye on the situation and giving you live feedback on the course ahead is none other than Ben Collins, the original Stig from Top Gear. On the PlayStation 4 his voice comes through loud and clear via the speaker on the controller, whereas on the Xbox One his voice seems to blend in to the various engines and tire screeches.

Project CARS is all about getting people onto the grid, be it in a turbo endurance racer or Formula 1. Getting used to the simulation aspect of the game can be a bit tricky, but those Slightly Mad Studios folks gave racers a way to tailor the experience to their liking so that they may excel no matter the car class chosen.

Don’t like the turning or brake assist features? Turn them off! Over-steering got you slippin’? Crank down the turn speed, bae! Cars feel truly powerful, so the adjustment period for switching between car classes can be shortened considerably by tuning your in-game and per-vehicle options. Even time and weather progression can be altered to give your races tons of visual variety to suit your liking.

Throughout your career in Project CARS, fans and sponsors will be keeping a close eye on you, tweeting and sending you offers if you’re good enough. After you progress and place well, sponsors start to compete more with one another for possession of your racing skills, and you will begin to participate in a wide gamut of race and car types that offer constantly escalating challenges. The cars all display appropriate weight distribution and engine mechanics, each and every one of them.

If you decide to just hop in and start driving with little to no practice, you can expect to make more than a few pit stops during the race, which are all fully animated and really fun to watch. Pit stops can lead to some weird glitches, however, such as winning the race while in a pit stop. Other times it seems that the crew will forget to adjust a tire properly or have some of your custom increments be defaulted to their original setting, but that only happened once or twice in between several races.

What Project CARS does for the racing genre is present a deep, satisfying and absolutely accessible experience for pros and noobs alike. The tracks are just as detailed as the smoking hot cars you’ll be zipping around in, and with the highly customizable options it’s easy to fashion a fun and realistic race experience for anyone.

By Jeff Cater
Tags: Bandai Namco, Project CARS, Slightly Mad Studios
This entry was posted on Thursday, June 4th, 2015 at 4:36 pm and is filed under Jeff Cater, Video Game Reviews. You can follow any responses to this entry through the RSS 2.0 feed. Both comments and pings are currently closed.