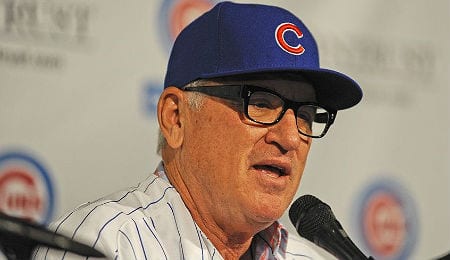 The Cubs were cleared of tampering accusations regarding Joe Maddon’s hiring. (Calltothepen.com)

RotoRob Fantasy Baseball Weekly Podcast — heard every Thursday at 9 p.m. EST on Blogtalkradio — was back in action as RotoRob was joined by Peter Kreutzer (AKA, RotoMan) of the Fantasy Baseball and Football Guides.

Among the topics we kicked into submission:

By RotoRob
Tags: Fantasy Baseball, Podcast
This entry was posted on Friday, May 1st, 2015 at 8:22 pm and is filed under BASEBALL, Peter Kreutzer, Podcast, RotoRob, RotoRob's Fantasy Baseball Weekly. You can follow any responses to this entry through the RSS 2.0 feed. Both comments and pings are currently closed.