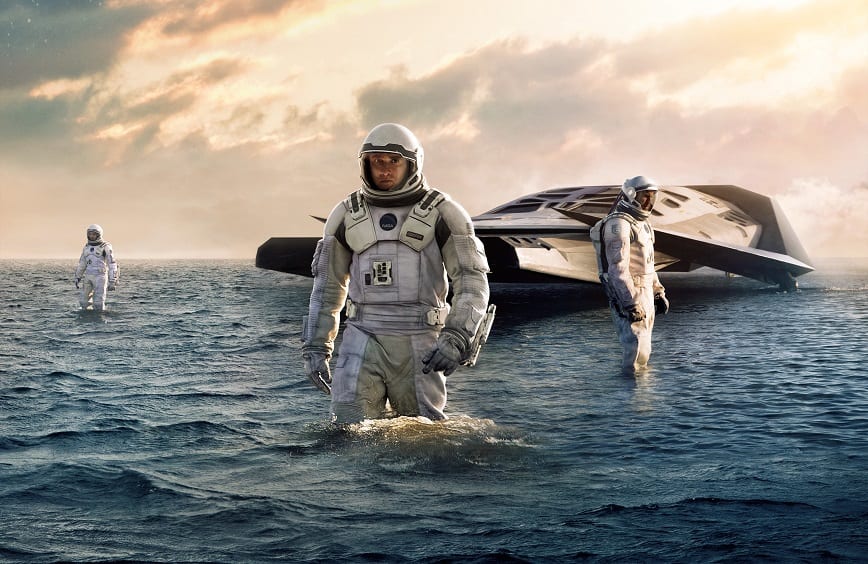 Fresh off his success with the Dark Knight Trilogy, along with a little Inception sprinkled in, Christopher Nolan served as both writer and director on his latest project, Interstellar. It was one of those rare films in which, no matter how many trailers we saw, we really never got a great feel for what the film was about. Critical response was strong, but with a newborn at home it came and went in theaters without us getting a chance to see it.

Now, with the film releasing on Blu-ray on March 31, it’s time to rectify that and find out if Nolan’s first directorial effort since 2012’s The Dark Knight Rises is worthy of the praise it received.

Set sometime in the near future, Interstellar finds Earth devastated by famine, the result of sweeping global climate change, and society now centred on agriculture. It’s here we find the widowed Cooper (played by Matthew McConaughey), along with his father-in-law (John Lithgow) and two children, tending to a farm. His daughter, Murph, is having troubles with a “ghost,” which Cooper determines is actually providing them with a set of coordinates.

The phrase “all-star cast” has been driven into the ground over the years, but there is ton of quality actors and actresses at work here starting with McConaughey, whose efforts in films like Mud and Dallas Buyers Club (not to mention True Detective) have pretty much erased the damage he did with Failure to Launch, Two for the Money and so on. Caine and Hathaway, who both worked with Nolan on Batman, do well, and there’s even a strong turn from Matt Damon.

With a reported budget of US$165 million it should come as no surprise that the special effects are excellent, whether within the craft, the vastness of space or on alien worlds. Once again, everything is grounded in reality, so don’t expect laser weapons or Prometheus-style synthetic lifeforms, but there is still some cool stuff, including the weird robot companions TARS and CASE.

It reminded us of the second and third entrants in The Matrix, which cast aside the cool mystery surrounding the virtual world for exposition heavy dialogue that never seemed to go anywhere and served only to delay the next fight. There aren’t any massive action sequences in Interstellar, but the complexity of the plot’s technical aspects weigh things down and had us scratching our heads at the late twists instead of just going with the flow.

Interstellar is probably best categorized as “thinking man’s science fiction.” It sets the table quite well and offers plenty of interesting moments, even if eventually all the chatter about worm holes, five-dimensional space and using gravity to communicate across space and time gets a bit exhausting.

By HC Green
Tags: Dark Knight Trilogy, Interstellar
This entry was posted on Friday, March 27th, 2015 at 9:42 pm and is filed under Herija Green, Movie Reviews. You can follow any responses to this entry through the RSS 2.0 feed. Both comments and pings are currently closed.