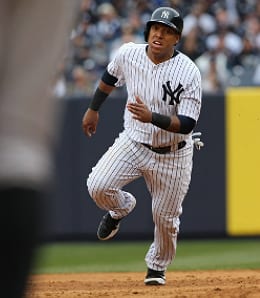 This week on RotoRob Fantasy Baseball Weekly Podcast, heard every Thursday at 9 p.m. EST on Blogtalkradio, RotoRob was joined by RotoRob.com MLB/NFL writer Michael Seff, and despite some dead air issues thanks to Rob’s frigging Skype issue, everything went swimmingly.

Among the issues we covered:

We had a great time, which can be heard in its entirety by clicking the play button below.

Now it’s your turn. Let us know in the comments below what you thought of our Fantasy baseball witticisms.

By RotoRob
Tags: St. Louis Cardinals
This entry was posted on Friday, July 4th, 2014 at 8:38 pm and is filed under BASEBALL, Michael Seff, Podcast, RotoRob, RotoRob's Fantasy Baseball Weekly. You can follow any responses to this entry through the RSS 2.0 feed. Both comments and pings are currently closed.