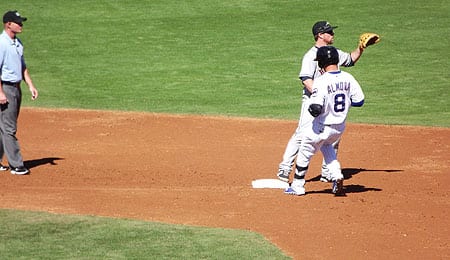 Albert Almora, seen here advancing to second, isn’t the greatest basestealer and he continued to prove that at the AFL. 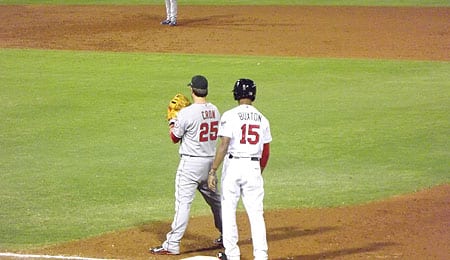 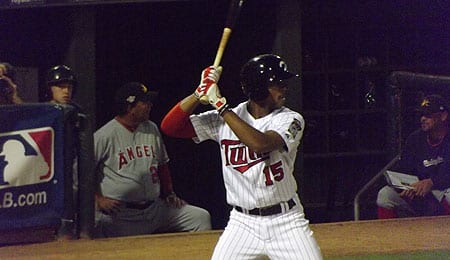 Byron Buxton’s walk rate wasn’t as good as usual in the AFL. 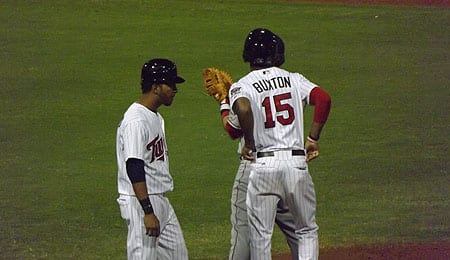 Byron Buxton, see here after reaching first base, struck out way too often at the AFL. 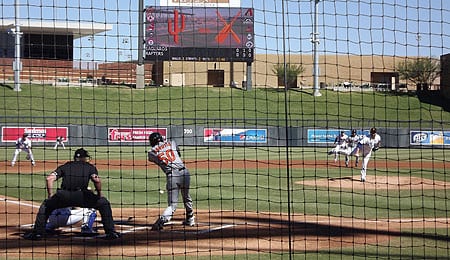 Drew Hutchison got the better of Henry Urrutia here. In five starts at Triple-A this year, Hutchinson failed to earn a win. 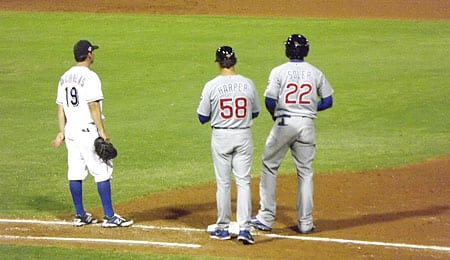 Chicago Cubs’ outfield prospect Jorge Soler, seen here at first base with game MVP Brett Nicholas, got into 20 games at the AFL, but was not overly impressive. 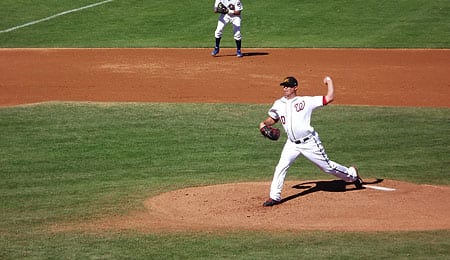 Sammy Solis, who has a unique arm action, has never thrown a complete game as a professional. 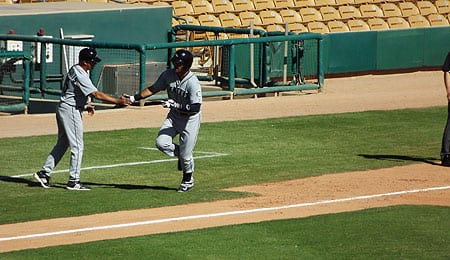 Stefen Romero, seen here rounding third after a three-run homer, averaged a hit per game during his brief time in High-A this season. 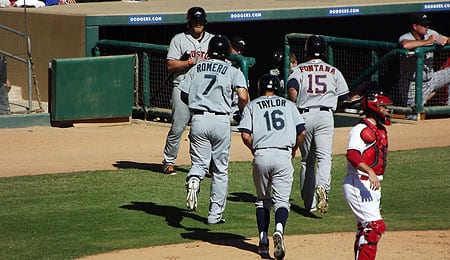 Stefen Romero, seen here receiving congratulations after his three-run homer, failed to employ his running game at High-A this year.

Crave more in-depth Fantasy analysis? Then join us every Thursday at 9 p.m. EST for RotoRob’s Fantasy Baseball Weekly Podcast on Blogtalkradio. Tim McLeod and I will entertain and edify you for a half hour or more each week. We’re off this week (December 26), but will return on January 2. Tune in here.

By RotoRob
This entry was posted on Thursday, December 26th, 2013 at 8:56 pm and is filed under Arizona Fall League, BASEBALL, Event coverage, Gallery, Prospects, RotoRob, Tim McLeod. You can follow any responses to this entry through the RSS 2.0 feed. Both comments and pings are currently closed.