In November, Tim McLeod visited the Arizona Fall League, and while a full scouting report won’t be coming this year, he took some photographs — tons of them in fact. Over the next few weeks, we will unveil our exhaustive collection of images of the top prospects at the AFL. 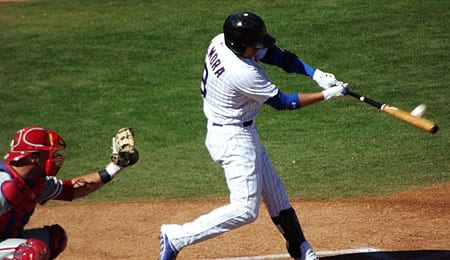 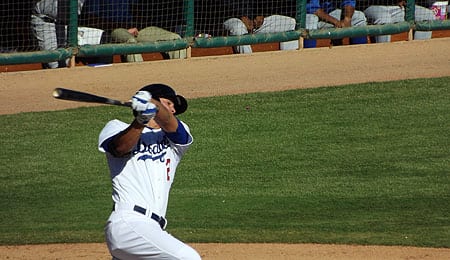 Corey Seager, seen lining out to first here, has modest base-stealing skills, but they did not show up at all in the AFL. 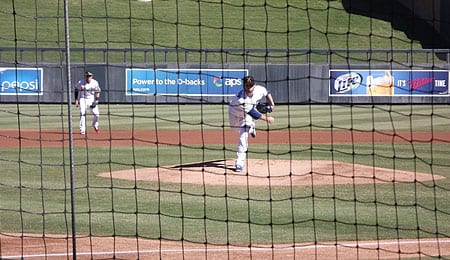 Drew Hutchison’s strikeout rate dipped a bit at the AFL, but don’t be shocked to see him in the Jays plans at some point in 2014. 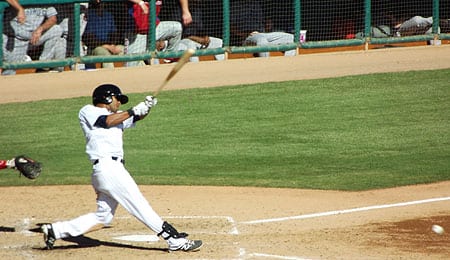 Eddie Rosario, seen here making contact, didn’t do much with his 80 at-bats in the AFL. 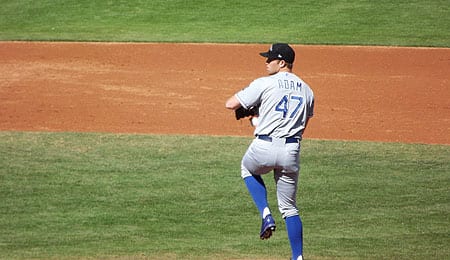 Kansas City Royals starting pitching prospect Jason Adam had an up and down AFL season but looked good when we saw him, tossing five shutout innings of two-hit ball. Hit his rates in the AFL were promising. 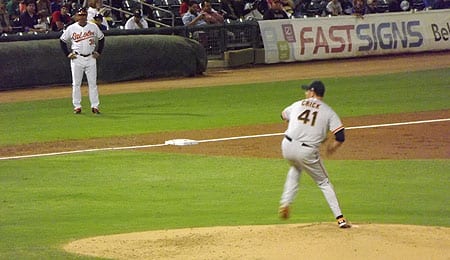 San Francisco Giants starting pitcher prospect Kyle Crick pitched decently in the AFL, but he failed to win a game. 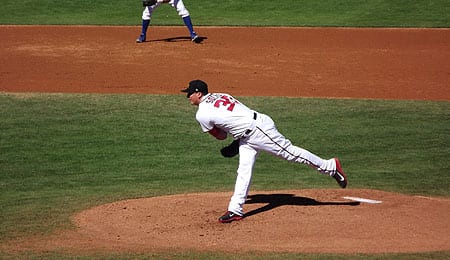 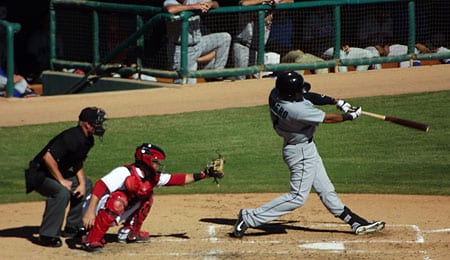 Stefen Romero smacked a three-run homer here, but failed to do much else at the AFL. Still, after getting plenty of action at Triple-A this year, he looks ready to get a shot in the majors.

Crave more in-depth Fantasy analysis? Then join us every Thursday at 9 p.m. EST for RotoRob’s Fantasy Baseball Weekly Podcast on Blogtalkradio. Tim McLeod and I will entertain and edify you for a half hour or more each week. We’re off this week (December 26), but will return on January 2. Tune in here.

By RotoRob
This entry was posted on Wednesday, December 25th, 2013 at 2:22 pm and is filed under Arizona Fall League, BASEBALL, Event coverage, Gallery, Prospects, RotoRob, Tim McLeod. You can follow any responses to this entry through the RSS 2.0 feed. You can skip to the end and leave a response. Pinging is currently not allowed.