RotoRob MLB Editor Tim McLeod made the pilgrimage south to Milwaukee in early May to watch the Brewers take on the St. Louis Cardinals. He took a bunch of photos and over the next couple of weeks, we’ll show you what caught his eye in a series of four different galleries.

The Cards won the game, 7-6, when Jon Jay — who had already smacked a three-run homer earlier — drove in the go-ahead run in the top of the ninth and Edward Mujica finished it off with a perfect bottom of the ninth. Allen Craig also went yard for the Cards. 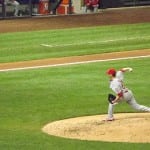 Adam Wainwright got cuffed around by the Brewers pretty hard. 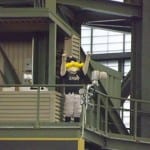 Even Bernie Brewer couldn’t stop Milwaukee from falling under .500 with this loss. 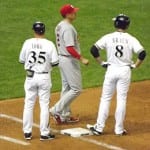 This was the only time in five at-bats that juicer Ryan Braun got aboard. 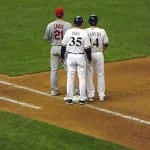 Jeff Bianchi came on as a pinch run and scored. 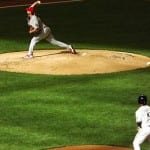 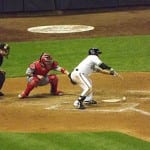 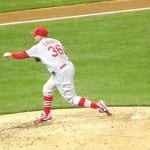 Randy Choate suffered his first blown save of the season. 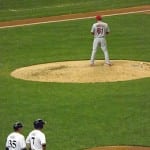 Crave more in-depth Fantasy analysis? Then join us every Thursday at 9 p.m. EST for RotoRob’s Fantasy Baseball Weekly Podcast on Blogtalkradio. Tim McLeod and RotoRob will entertain and edify you for a half hour or more each week. We’re off this week because of Game One of the Atlanta Braves-Los Angeles Dodgers NLDS, but should return next week. Tune in here.

By RotoRob
This entry was posted on Thursday, October 3rd, 2013 at 9:24 pm and is filed under BASEBALL, Event coverage, Gallery, Tim McLeod. You can follow any responses to this entry through the RSS 2.0 feed. Both comments and pings are currently closed.