Joe Nathan Back on Top 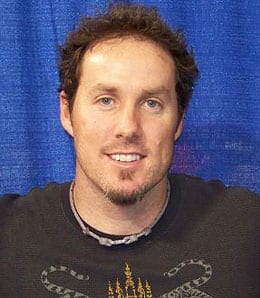 Joe Nathan has been crazy good this year.

Last year, he turned a disastrous and injury-shortened 2011 around and this year, he’s taken it a step further. In fact, we’d suggest that there has not been a more valuable reliever than Nathan in the American League this season. Not bad for a dude we slotted 10th in our Relief Pitcher Rankings at the beginning of the season.

Any concerns about his health are definitely a thing of the past. Case in point: last weekend, Nathan enjoyed a run of four saves in four days (ending Sunday), and showed no ill effects, tossing a perfect outing in his next appearance following that taxing stretch. It was the third time this season he worked at least three days in a row.

Thankfully, the Rangers had the Monday off and gave him a day of rest Tuesday as well before getting Nathan back in there Wednesday to nail down his 26th save (see below for video evidence).

In fact, he’s on pace for his most appearances since his first season as a closer back in 2004 with Minnesota. Clearly, the kid gloves are off.

A higher walk rate is slightly worrisome, but it’s not exactly bad at 2.7 BB/9, so we’re not going to sound any alarms based on that. Truthfully, last season’s impeccable control was a bit of an outlier for Nathan, so really, he’s actually better than usual this season. Yes, we’re nitpicking.

He has yet to lose this year as he seeks his first undefeated season since 2006, and after running up a 1.9 WAR last year, he’s almost matched it already at 1.5 with three-plus months to go. Nathan is currently tied with Mariano Rivera for second in the AL with 26 saves and is likely headed to the All-Star Game as a result.

Now 38, Nathan is no longer a spring chicken, but he’s adapted to not only survive, but thrive. His fastball velocity is down significantly this season (91.7 mph compared to 94 last year), but to compensate, he’s throwing it less often and going to the slider more often than ever. Now that’s a bit of a red flag from an injury perspective, so keeper league owners should tuck that away, but at just over one-third of his pitches, Nathan is not quite throwing the slider enough to really sweat (say, 40 per cent of the time).

Expecting some second half regression in his numbers would be prudent. With a BABIP of .205 and a higher than normal strand rate, Nathan’s been pretty lucky to have an ERA of 1.62 so far. His FIP (2.85) and xFIP (3.81) suggest that ERA will rise before the end of the season.

Still, in a frustrating era of closer upheaval that drives Fantasy owners batty, Nathan has been an oasis in the dry landscape of saves. Now in his ninth season as a closer (remember, he missed the entire 2010 season and a good chunk of 2011 in the wake of Tommy John surgery), he recorded his 300th save early in the season and now sits just one shy of 325 for his career – a total achieved by just 13 pitchers before him.

Texas has plenty of options to replace Nathan when he steps down (Tanner Scheppers, Neftali Feliz, Joakim Soria), but at this rate, that day seems quite a ways into the future.

Crave more in-depth Fantasy analysis? Then join us every Thursday at 9 p.m. EST for RotoRob’s Fantasy Baseball Weekly Podcast on Blogtalkradio. Tim McLeod and RotoRob will entertain and edify you for a half hour or more each week. After missing this week (June 27), we expect to run next week (July 4). Tune in here.

By RotoRob
This entry was posted on Saturday, June 29th, 2013 at 12:33 pm and is filed under BASEBALL, Player profile, RotoRob. You can follow any responses to this entry through the RSS 2.0 feed. You can leave a response, or trackback from your own site.