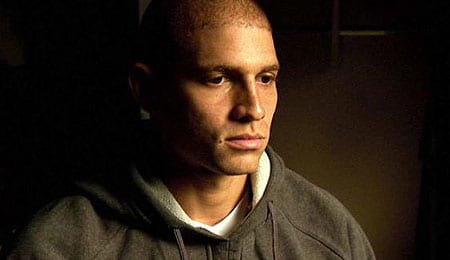 Jimmy Graham dealt with some injury issues last year, but is ready to rock.

The 2013 RotoRob NFL Draft Kit surges forward today with yet another cheat sheet. So while you gawk in shock at the Aaron Hernandez situation, let’s review the top 20 players at his position in the NFL — tight end.

The tight end position is in a constant state of evolution. As the free agents shuffle like Icky in the ’80s, offensive schemes are altered like hairstyles. The general rule about tight ends is that they should be safety valves for QBs under distress. Yet sometimes they are proteins on offensive dinner tables.

1. Jimmy Graham, New Orleans Saints: Graham is the truth. He is a key cog in an explosive offense and while he took a little step back last year, he was still elite. Who knows what records will fall when Graham is done?

2. Tony Gonzalez, Atlanta Falcons: Yes, we know Gonzalez is like 79 years old but he still produces stellar numbers. Gonzalez is basically the energizer bunny and QB Matt Ryan always know where he is. Football America ranks him as the 47th best player in the game as you can see in the video below.

3. Jason Witten, Dallas Cowboys: Witten is vacuum and Tony Romo forces him the ball. They are the best of friends, so look for Witten to catch another 100 balls this year.

4. Vernon Davis, San Francisco 49ers: With Michael Crabtree on the shelf look for Davis to shine. Davis will use his height in the red zone and his dance moves in the end zone.

5. Greg Olsen, Carolina Panthers: This guy just keeps getting better. Every year Olsen shows more reasons why he is an elite TE.

6. Owen Daniels, Houston Texans: Flanked by DeAndre Hopkins and Andre Johnson, Daniels will be one on one with OLBs all season. The red zone passing game of the Texans will start and end with Daniels.

7. Brandon Myers, New York Giants: Carson Palmer fell in love with Myers last year in Oakland. Now Myers is a Giant and Eli Manning definitely knows how to use his TEs.

8. Heath Miller, Pittsburgh Steelers: Miller is a professional tight end — a real blue collar shut-up-and-do-your-job kind of guy. No, he is not flashy and he is not going turn a 10 and out into 70-yard play. What Miller does bring to the table is consistent play for a whole season.

9. Dennis Pitta, Baltimore Ravens: Pitta had some ridiculous games last season and there is no reason he can’t do that again. With Anquan Boldin gone, Pitta and fellow TE Ed Dickson will need to shore up the middle of the field. Hopefully, this won’t limit Pitta from being productive every week.

10. Kyle Rudolph, Minnesota Vikings: Rudolph has deceptive strength and plays with a RB that will take the opposing defensive strategies off him. He was given the starting job last season and he responded with solid numbers. There’s no reason Rudolph can’t build on that going forward.

11. Martellus Bennett, Chicago Bears: If Bennett earns QB Jay Cutler’s trust early he could earn himself elite status. Bennett is an extremely athletic TE and the Bears should find ways to keep him in the mix every week. Sleeper? More like blinker ready to turn a massive corner.

12. Rob Gronkowski, New England Patriots: With Aaron Hernandez out of the picture, Gronkowski will be needed especially on third and short and red zone sets. When he’s going to be at full strength after back surgery remains to be seen.

13. Antonio Gates, San Diego Chargers: Last season, Gates had worst totals since his rookie year. He is capable of so much more and at age 33, this might be his last hurrah.

14. Jermichael Finley, Green Bay Packers: Some have the perception that Finley had a down year last season, but that’s not the case — he had career high in receptions (61). Okay, so he did only find the end zone twice, but tight end is on odd position and they are going to have games when they disappear. You must be able to ride out Finley’s occasional vanishing acts.

15. Jermaine Gresham, Cincinnati Bengals: There must be an internal issue with Gresham and Bengals. Why else would they draft another TE in the first round? However, this might be a good sign for Fantasy owners as Gresham could be auditioning his skills, while Tyler Eifert learns the system.

16. Jared Cook, St. Louis Rams: With some young burners and a maturing QB in the Rams huddle, Cook should be steaming with targets.

17. Dwayne Allen, Indianapolis Colts: Allen is a little undersized for a TE but he is very strong. With Andrew Luck as his QB, he will be open. Coby Fleener need not apply.

18. Brandon Pettigrew, Detroit Lions: Pettigrew is a strong tool in the Lions shed. He is never going to be the waiver flavour of the week but might spark a win or two if you roll with him.

19. Dustin Keller, Miami Dolphins: A change of scenery in a familiar division will do Keller some good. QB Ryan Tannehill will know where Keller is and the presence of WR Mike Wallace will mean Keller should be open.

20. Tyler Eifert, Cincinnati Bengals: Eifert might eventually make Gresham expendable, but for now he remains a sleeper with a steady pulse.

By Josh Johnson
This entry was posted on Friday, June 28th, 2013 at 10:50 am and is filed under 2013 RotoRob NFL Draft Kit, Cheat sheets, FOOTBALL, Josh Johnson. You can follow any responses to this entry through the RSS 2.0 feed. Both comments and pings are currently closed.