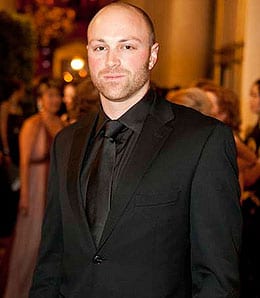 Nate Schierholtz is looking very sharp for the Cubs.

Tim is off visiting family this week, so the Troll falls into the somewhat capable hands of your editor. Let’s get to this week’s picks.

Nate Schierholtz, OF, Chicago Cubs: Heading into the season, we slotted Schierholtz 109th in our Outfield Rankings, but given his play so far, he’s nearly a top 25 flyhawk. Yet somehow, he is still unowned in most leagues. Schierholtz is flashing extra-base pop (three homers, nine doubles), some speed (three swipes) and BA skills (.313) while playing most of the time. While his walk rate is down this season, his BABIP has stabilized after a torrid start, suggesting that he might be able to maintain a pace close to this going forward, so pluck him off your wire now.

Nick Tepesch, SP, Texas Rangers: This rookie has shown superb command (three walks allowed in one inning in his MLB debut 19 days ago; none in 19 IP since) and an ability to use his defense by inducing groundballs. Toss in less than a hit per inning and you’ve got a recipe for success that has seen him win two of his four starts (and come out early in a fourth start because of a wrist injury). Tepesch won’t be so widely available for long, so jump on his train now.

Justin Grimm, SP, Texas Rangers: A candidate for the fifth starter job in Texas this spring, Grimm started the season in the minors, but an injury to Matt Harrison opened the door for the young righty — who looks far more prepared to get big league hitters out this year than he was during his debut last season. Grimm is pitching to contact more and it’s working for him as he’s looked better in each of his three starts, culminating in seven shutout frames Friday in Minnesota. This rookie is another control specialist that commands the strike zone and is helping Texas to a surprisingly good start as the Rangers’ deep farm system pays dividends.

Robbie Grossman, OF, Houston Astros: We ranked Grossman 135th in our Outfield Rankings based on the belief that he was going to offer some help this season. That’s come earlier than we expected as he was recalled last week and immediately provided a spark with two doubles in his MLB debut Wednesday. Okay, so he’s gone hitless since then, but there’s a reason this kid is one of the Astros’ top prospects. Don’t look for big time power from Grossman, but he brings a bit of everything to the table, with especially impressive patience (19 per cent walk rate at Triple-A this year). The youngster is lauded for his work ethic, which is good, because he has a lot to do to help turn around the woeful Astros. Grab Grossman now and exercise patience as he adjusts to the bigs.

Chris Stewart, C, New York Yankees: Back in February we speculated about Stewart’s chances of being the starting catcher for the Yankees in light of Francisco Cervelli being embroiled in the BioGenesis PED scandal. Well, Cervelli has yet to pay for that alleged infringement, but a busted hand that will require surgery will keep him out for six weeks, opening the door for Stewart. In limited action so far, Stewart is batting a robust .296 with one homer and one steal. He’s a career backup that’s always been known for his glove, not his bat, but if Stewart can hit anywhere close to his current BA, he’ll be worth a flier in AL-only leagues while Cervelli heals.

Travis Hafner, DH, New York Yankees: Pronk spanked a three-run dinger and also tripled in another run Saturday, giving him six jacks, 14 RBI and a .309 BA through 20 games. Catch lightning in a bottle now before his next injury strikes.

Omar Infante, 2B, Detroit Tigers: Once again, Infante is quietly putting up serviceable numbers. He spanked his first dinger of the year Saturday and added his first steal — a combo you shouldn’t get used to. But after a serious slump last week, he’s got his BA well north of .300, and that offers value at a shallow position.

Carlos Villanueva, SP, Chicago Cubs: You better move fast if you want in on this one as Villanueva is a perfect 4-for-4 in quality starts. Even better: he gets the woeful Marlins Sunday.

Nolan Arenado, 3B, Colorado Rockies: The time has finally come to see this enigmatic prospect in action as he’ll make his MLB debut Sunday. The maturation issues have been well documented, but his .364 BA with 21 RBI in 18 games at Triple-A suggests Arenado is ready.

Sean Marshall, RP, Cincinnati Reds: Need holds in an NL-only league? Marshall has returned from a shoulder woe and looked extremely sharp in his first game back.

Nate McLouth, OF, Baltimore Orioles: McLouth is forcing his way into everyday playing status with multi-hit efforts in each of his last three starts. He’s up to .319 and has already bagged seven steals as he fills void at the top of the B-More lineup very nicely (.434 OBP).

Kevin Gregg, RP, Chicago Cubs: Gregg is not only back in the bigs, but he’s closing again, nailing down three saves in five days for the Cubs. Yes, it’s nearly a year since the Orioles ran him out of town and he couldn’t find another job.

Dan Haren, SP, Washington Nationals: Tons of owners have given up on this one-time ace, but he has looked a bit better in each of his outings this season, culminating in his first quality start of the season Saturday. Haren’s command has been sharp and we believe that it may be worthwhile to give him a second look while you can.

By RotoRob
This entry was posted on Sunday, April 28th, 2013 at 12:52 pm and is filed under BASEBALL, RotoRob, The Wire Troll. You can follow any responses to this entry through the RSS 2.0 feed. You can skip to the end and leave a response. Pinging is currently not allowed.