Minor Matters: Juan Perez Holding His Own at Triple-A 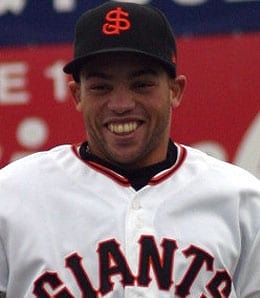 Juan Perez could be a future UT dude. (Rob Fisher)

At the age of 26, San Francisco Giants outfield prospect Juan Perez finally reached Triple-A this season and so far he’s holding his own at the minor’s highest level.

Last season, Perez repeated Double-A, but was much more successful, scoring 65 runs in 126 games while making better contact. His work on the basepaths, however, left something to be desired (caught 15 times in 33 stolen base attempts).

Let’s face, Perez is no longer a top prospect. In 2010, MILB.com named him an Organizational All-Star after he put up his finest season at High-A, flashing tremendous extra-base power with speed potential (although, again, he struggled to successfully steal bases).

Still, the Giants’ 2008 13th rounder is now on the cusp of the big leagues and the fact that the team added him to the roster last fall suggests they have a plan for him.

Perez is gifted with great speed (79 career steals in the minors), but he’ll need to improve his patience if he’s ever going to be a factor in the bigs (just 109 walks in 530 career games). On the plus side, his walk rate is up this season, so even as he adjusts to put up offensive numbers at a higher level, he is showing signs of growth.

Perez benefited from a higher BABIP to post his first .300+ season last year, but a decline in that regard this year has sent him all the way down to .260. That seems extreme, so expect a bounce back as the season progresses. In fact, given Perez’s .275 mark over the last 10 games, that process has already begun.

On Thursday, he spanked a two-run dinger, giving him three jacks with 12 RBI in his first 19 games at Triple-A. What worries us, however, is his massively higher strikeout rate. That’s another reason Perez hasn’t quite been able to duplicate his 2012 slash line.

The fact that this season he’s seen action at third base for the first time in his career suggests that the Giants are trying to see if he can morph into a utility player in time. If Perez can handle the hot corner as well as the outfield, it could really help him get a shot in the bigs.

By RotoRob
This entry was posted on Friday, April 26th, 2013 at 1:05 pm and is filed under BASEBALL, Minor Matters, RotoRob. You can follow any responses to this entry through the RSS 2.0 feed. You can skip to the end and leave a response. Pinging is currently not allowed.