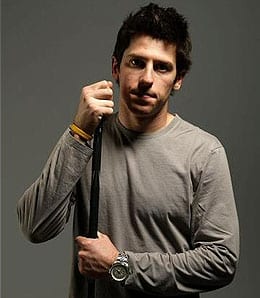 James Neal’s massive breakout last season was not a fluke.

We’re back with another dose of the 2013 RotoRob NHL Draft Kit. So while you wonder how many New York Rangers can fit in a crease, let’s take a look at the top 35 left wingers in Fantasy hockey.

If you can get Henrik Zetterberg somehow, surely that would be nice. After Alex Ovechkin and Daniel Sedin (yes, he is a LW), numbers do drop off some, but there are some key depth grabs you can make that are further down our list. Again, keep this in mind as you make your picks. Historically, left wing really drops off after the top four or five anyway.

1. Ilya Kovalchuk, New Jersey Devils (4): Can you heard that sound? It’s the sound of people calling me “homer” for making this pick. Some will say that no Zach Parise will hurt Kovalchuk’s Fantasy value. However, to be bluntly honest, Parise’s departure can only help. Parise blew at least a good 15-to-20 points just on the power play. It got to the point in the playoffs where a crippled Kovalchuk still outperformed a healthy “Captain.” With a full season of Travis Zajac on his side and Adam Henrique on the mend, there are blue skies for the most talented left winger in the game when he is on.

2. Alex Ovechkin, Washington Capitals (2): A healthy Nicklas Backstrom and a new coach means a style more conducive for Ovechkin, so owners should get some bang for their Fantasy buck. Ultimately “Alex The Great” may top this list, but there is still a little hesitation as to what he will actually do. Like we said, the left wing position is pretty slim pickings at the very top tier. Ovechkin will see a boost in all numbers across the board, but his +/- may still lag behind a bit.

3. Daniel Sedin, Vancouver Canucks (1): Sedin was at the top of the heap last season, but dropped just a notch going into 2013 with a little uncertainty, namely, who will be on his right wing? Will it be Alex Burrows? Yes, at least for now Burrows will get the prime, cushy Fantasy spot. This Sedin twin is ready for his wonder powers to activate in the form of goal scoring machine. He could come close to 30 goals. We’ll see.

4. James Neal, Pittsburgh Penguins (22): Neal’s 40-40 season was not a fluke and he and Evgeni Malkin showed obvious chemistry. When Neal fires a lot of pucks on net, he is effective. As a matter of fact, the left winger had 329 shots on goal and around 100 of those were on the man advantage. When a player scores a whopping 18 power play goals, people ask questions. The answer is to expect at least 10 in a shortened season. That means Neal is a prime Fantasy opportunity which is a good thing once Kovalchuk and Ovechkin are drafted.

5. Patrik Elias, New Jersey Devils (14): Yes, Elias qualifies as a centre in some leagues so check accordingly, but the bottom line is as time goes, Elias ages like fine wine. Elias will turn 37 on April 13, yet here is a perennial Top 10 left winger, sometimes centre. I would not be shocked if he comes pretty close to 45 points in the shortened season. In some ways, the exit of the last captain may be a good thing for New Jersey, Fantasy-wise at least.

6. Zach Parise, Minnesota Wild (12): There was a part of us that wanted to rank Parise lower because of the playoff failures against the Kings (who allows themselves to be sat on by a goalie twice?), but he can produce. Last season was an off year for Parise with only 69 points, and playing in Minnesota will heap some undue pressure on him to flourish quickly. Parise has talent around him and his line with Mikko Koivu and (eventually) Mikael Granlund will be an interesting one to try to stop. For now, Parise is a top 10 left winger, by when Granlund moves to the top line, he could be a top three.

7. Henrik Zetterberg, Detroit Red Wings (6): Do check the Centre Rankings for Zetterberg, but I can tell you this: He is now the Captain and for him, that may actually mean a slight bump upward in production. Take a one-game snapshot of Zetterberg early in the campaign to see how he is handling the “C.”

8. Jamie Benn, Dallas Stars (25): We are going to bite and place Benn at this position. Why? He has something to prove and will be ready to show he is the face of the Dallas Stars. Benn has some great even strength chances per 60 minutes splits, ladies and gentlemen, but if that “defensive role” is truly shed then he should eclipse 10 power play points even in the shortened schedule. The time for excuses is over, it is time for Benn to show the elite potential. After all, his contract now states as such.

9. Matt Moulson, New York Islanders (NR): It is hard to believe that an Islander would be here but Moulson sure belongs. His 36 goals were a godsend in so many leagues, especially for GMs who were looking for a boost. With John Tavares feeding the sniper, it is no surprise why Moulson will continue to thrive in the Fantasy world on the wing. Wings are weak and if you show any kind of strength, you get drafted. It is a simple but truthful premise and Moulson is a very valuable Fantasy commodity.

10. Rick Nash, New York Rangers (7 at RW): Nash probably is only available now in mostly the left wing position but check your leagues accordingly. The only problem is the Nash line with Brad Richards and Marian Gaborik is simply injuries. Can all three stay healthy at the same time so they can mesh chemistry wise and be the players they should be? People forget how up and down the careers of Gaborik and Richards have been in New York. Here comes a guy (Nash) who went over 70 points only once in his career. This should be interesting one way or the other.

11. Evander Kane, Winnipeg Jets (NR): It starts to get tough once you get past No. 10 on these lists typically. Kane is a top 10 talent with some questionable “perceived” exploits. There is the innocent until proven guilty concept, but either way he has to get his head on straight from minute one this NHL season. Kane scored 30 in the last full season and there is not much of a reason why he cannot tally at least 20 in the shortened year. If he ends up in the 40-to-45 point range, no one should be surprised. How Kane gets there will be more intriguing.

12. Pascal Dupuis, Pittsburgh Penguins (NR): Everyone needs a running mate or a buddy to score with. Wow, that sounded wrong in every way. However, Sidney Crosby just has a natural fit with Dupuis and it’s very obvious. Dupuis rode that to a near 60-point season. This season, if they both stay healthy for the full 48 games, Dupuis’ value climbs that much more. He may not have the most talent but he just seems to get in those areas to score where Crosby can find him better than any other linemate, even the one named Evgeni Malkin, almost.

13. Taylor Hall, Edmonton Oilers (24): Hall should have cracked the Top 20 last season and might be higher on this list if not for two more additions to the Edmonton stable of youngsters. At some point, this has to translate to a solid bottom six in Oil country right? Either way, Hall was near a point per game before he lost 18 games to injury last season. With a little more bulking up, he looks poised to expand on his success. I wouldn’t bet against him.

14. Scott Hartnell, Philadelphia Flyers (15): Hartnell’s 2011-12 season was truly all about him falling down. Okay, no it wasn’t, but those 37 goals made his owners cheer in excitement. This season Hartnell (along with Claude Giroux) will try to do it again with a new mate on right wing. Can they do it? History dictates a bit of regression, and the lockout won’t help, either. Hartnell will still get his points and quite a few of them will be on the man advantage.

15. Gabriel Landeskog, Colorado Avalanche (17): All Landeskog did was win the Calder Trophy as the league’s top rookie. The word on the street is that this is a rather good achievement. He was a 50-point player on a team that at times had no direction. With a year under his belt, Landeskog could shoot right up this list and he fills so many categories. Ranking him 15 may have been a bit conservative, but honestly some of his categories may regress a bit. Time will tell if the lines being changed around hurts him somewhat or not.

16. Loui Eriksson, Dallas Stars (20 at RW): Eriksson is coming off a 70-point season and there are no signs he will slow down especially with power play stalwarts Jaromir Jagr and Ray Whitney now in town. Eriksson is a guy that quietly puts up points in spurts and at the end, you wonder how he got there and yet he did. It might be an interesting competition between him and Benn to see who leads Dallas in scoring. That means good things for your Fantasy team if you own either one.

18. Alex Burrows, Vancouver Canucks (19): Burrows is ranked this high only because of the old “Foxy By Proxy” rule. Okay, he is riding with the “Sedin Twins” for now while Vancouver mends from its wounds. Just look at the Canucks’ injury list sometime. As long as Burrows is on the first line, his value is above the ranking. Once he goes back down the lineup chain, his numbers will slip a bit. In the end, 18 is almost about right at this given time.

19. Milan Lucic, Boston Bruins (10): Lucic finally has his David Krejci and Nathan Horton linemates back. However, Lucic’s ranking drops because so many players are rising. It is a squeeze play and given Horton’s health, we just had to be on the safe side. Lucic has all the physical talent and abilities but needs that other burly hybrid player on the other side. It will be interesting to see how Boston starts out. That should be an indication.

20. Max Pacioretty, Montreal Canadiens (NR): It is good to see this American doing well in Montreal. Pacioretty had talent and there was no question of that. He just needed a little line chemistry. A 30-30 season later and Montreal fans are happy. Pacioretty is jumping for joy as well as he cracks our Top 20. In a shortened season, he should enjoy a good bit of success as he is on the first line. Pacioretty combines solid physicality with good hands, so scoop him up in the middle rounds and be rewarded.

We took a bit of a gamble with Foligno and a few other players on the list but we’re all about taking a shot. Finally, we will end with the top 35 right wingers (coming shortly) and bid our adieus for the Fantasy season. Wait… no, of course… The Wire Troll will be here every week with the latest hot waiver wire picks. You want to win your league. We get it. You want to find gems. We get that too. You ask the questions and we’ll try to give you the answers. Thanks again for reading.

By Chris Wassel
This entry was posted on Monday, January 21st, 2013 at 12:05 pm and is filed under 2013 RotoRob NHL Draft Kit, Cheat sheets, Chris Wassel, HOCKEY. You can follow any responses to this entry through the RSS 2.0 feed. Both comments and pings are currently closed.