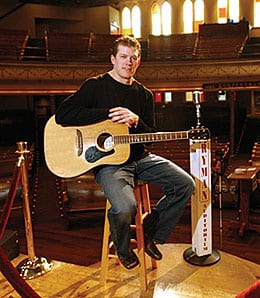 Making up for lost time, the 2013 RotoRob NHL Draft Kit surges forward. So while you wonder what these “personal reasons” are that Lubomir Visnovsky is citing for missing training camp, let’s take a closer look at some busts. Hey! Get your mind out of the gutter.

No matter what the experts say, some players are just destined to be Fantasy busts — especially in an abbreviated season.

At some point, there were going to have to be duds — those players that just stink up the joint for your Fantasy hockey team. You have seen the rest and below there will be… well… less. When this bomb hits, there are really two ways this can go: bad or ugly. What we have below is not necessarily the literal lowest of the low. However, reality dictates that with a circumstance or two, these are players that it can turn really ugly for on the express train to Fantasy Splitsville.

1. Ryan Suter, D, Minnesota Wild: Keep in mind that our rankings are based on projections and expectations. Suter cannot ride the coattails of Shea Weber anymore. When you look at the salary and what the defenseman is expected to do in Minnesota, you have two different projections. That is just how it is. The translation of 40-to-45 points over an 82-schedule is about a 24-to-28 points over 48 games. Suter may fall below those numbers as the pressure of playing as the big defensive guy take its toll. The goals and points may be there, but they will fade late.

2. Jaromir Jagr, RW, Dallas Stars: Yes, we are taking a few risks here in our busts but the 40-plus age sect is going to be well represented one way or the other in some lists. Jagr started to show signs of wear and tear down the stretch last season. The minutes started to fall and the injuries began to mount. By the end of the season, it was thought that No. 68 would be nearly done, but then the Dallas Stars swooped in. The future Hall of Famer will be a power play specialist and play perhaps 14 or 15 minutes a night. Maybe you’ll get a boost early by grabbing Jagr, but by the end of the Fantasy hockey season, there will be problems.

3. Corey Crawford, G, Chicago Blackhawks: Crawford’s numbers are just not good and like some goalies that are on the bubble this season, this could be a nasty season for the goalie who nearly lost his job permanently last season. Chicago has to figure out whether Crawford is going to be that guy. With the shortened season, the Hawks are going to find out quick. Not many are forecasting big things for this goalie and we’re not about to buck that particular trend. Good luck if you own Crawford — it will be an up and down ride.

4. Jonas Hiller, G, Anaheim Ducks: Last season was a pretty bad one for Hiller and the guys from Disney. Let’s be honest. The defense has not really improved much and the goaltending can do only so much when pretty much the same team is put together. Worse yet, Anaheim has netminders in the system that could challenge Hiller. It’s not that Hiller is a bad goalie, but we want to warn those of you that are expecting a bounce back season that it may go up in smoke. The Pacific is a tough place to play and Anaheim is not quite ready to challenge in this, the final season of the Teemu Selanne era. Though the Ducks will try to play valiantly, we saw what happened the previous campaign and that’s too hard to ignore.

5. Joe Thornton, C, San Jose Sharks: Again we get colder and colder with these picks because no one likes to call some of these guys busts — but somehow you just have to. There have been so many seasons where Thornton would get 50-plus assists in his sleep. However, with the rise of Joe Pavelski and Ryan Clowe among others, Thornton just finds himself slowly receding to second line scoring at best. No one in San Jose will say it but that is just where it is heading. Maybe Thornton finds the goal scoring magic this season and makes this all moot… maybe.

6. David Clarkson, RW, New Jersey Devils: Here we go! We already know that Clarkson will not score 30 goals this season thanks to the shortened season, but we can see part of Clarkson’s role going to Jacob Josefson at some point. Honestly, Clarkson would have to score about 17-to-19 goals to be close to last season’s pace. Also, the right winger had too much of a reputation for taking costly minors and occasional misconducts which are great for leagues that count PIMs but lots of commissioners have steered clear there. They need Clarkson to score and a part of me thinks his overvalued draft position will not translate to Fantasy gold.

7. Evgeni Nabokov, G, New York Islanders: The shortened season can be brutal on older goaltenders and Nabokov is 37. And to be blunt, he is an old 37. Granted, Nabokov had a pretty good season for the Islanders in 2011-12, but Kevin Poulin is going to be hot on his heels. Something tells us that Poulin is going to steal a lot of time as Nabokov could very easily break down. The Islanders are going to start to see some transition and it will be for the good of the team — just not for the Russian goaltender.

8. Daniel Briere, C/RW, Philadelphia Flyers: There were a few candidates that seem to be a better bust in this slot but some in the Fantasy circles may build Briere up a bit because a 48-game season has its moments where it feels like a playoff grind. And as everyone knows, here is a player that thrives in the playoff limelight for the most part. His numbers, playing time, and position may change all in the same season. Just be warned and expect the downturn to be not very pretty.

9. Roberto Luongo, G, Vancouver Canucks (for now): Luongo is in the toughest of positions and while Cory Schneider is the starter, Luongo is likely to be showcased in some way. When you base things on projections, the problem is Luongo may be in Toronto before the season starts. Does anyone know? Not truthfully. The sooner he ends up in Toronto, the sooner the numbers suffer. It just will not be what people expect for Year One off the 401.

10. Rick Nash, RW, New York Rangers: This was the hardest decision of all because Chris Kreider could have gone here too, but in the end we picked Nash because of the Year One strangeness that normally happens with big name players in the big city. People are expecting a point a game from a guy who is going to have to adjust to playing with actual expectations. The Rangers almost made it to Game Seven of the Eastern Conference Finals last season and some are picking them to not only go to the Stanley Cup Finals this season, but actually win it. They think Nash is the final piece of that puzzle, and that sets up a higher chance of not meeting expectations. Stay tuned.

As we move onward, there will be more rankings. Stay tuned as the season is less than a week away. Get ready and most importantly good luck.

By Chris Wassel
Tags: Lubomir Visnovsky
This entry was posted on Monday, January 14th, 2013 at 11:12 am and is filed under 2013 RotoRob NHL Draft Kit, Busts, Chris Wassel, HOCKEY. You can follow any responses to this entry through the RSS 2.0 feed. Both comments and pings are currently closed.