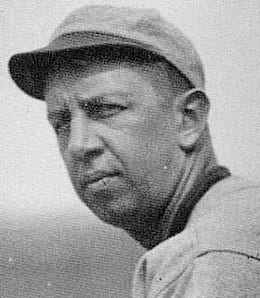 With the 2012 MLB regular season ending last week, it’s a good time to check in on some all-time milestones that will be achieved next season.

Derek Jeter currently sits just 10 hits behind Eddie Collins for ninth place all-time. By the time next season is over, it is not entirely inconceivable that The Captain could be in the top five. For perspective, Jeter is 295 games shy of tying Craig Biggio’s total, but is already 244 hits past the Astro great. Just think about that one for a moment.

Jeter’s teammate Alex Rodriguez needs 26 hits more to tie Al Simmons for 36th place, but it’s clear that A-Rod’s pace up the rankings is slowing dramatically. Jeter, on the other hand, had more hits than anyone in baseball this season. Rodriguez needs to score 51 runs next season to tie Stan Musial for eighth place. Jeter is creeping up this list as well, now just 13 runs behind Tris Speaker for a share of 11th place.

Todd Helton is just two doubles away from Ivan Rodriguez and a share of 20th place all-time.

In the home run chart, A-Rod is just 13 shy of Willie Mays and a share of fourth all-time – a thought that must make many (including this writer) cringe. Will Jim Thome stick around long enough to hit 18 more homers and tie Ken Griffey, Jr. for sixth place? The old guy also needs 98 walks to tie Carl Yastrzemski for sixth. Even bigger… Thome is 50 Ks shy of usurping Reggie Jackson as baseball’s all-time strikeout king. A-Rod is fourth on that list, but still quite a ways back of third-place Sammy Sosa.

Alex Rodriguez’s next regular season RBI will match him with Musial for fifth all-time. Wow. That’s pretty impressive — even for A-Roid.

On the pitching side of things, Andy Pettitte’s next win will break a tie with Dennis Martinez and give him sole possession of 49th place. He needs just five more victories to reach 250 for his career. Five more starts will tie him with Mickey Lolich for 47th place.

Mariano Rivera is seven appearances away from tying Mike Timlin for seventh all-time. Already the all-time leader in saves, Mo is 42 shy of becoming the first pitcher to ever reach 650 for his career.

Francisco Cordero’s next save will give him a share of 11th place with John Wetteland.

On the strikeout list, Pettitte needs just 14 more to tie Early Wynn, who is sitting in 43rd place.

Obviously, many of these milestones are fuelled by the steroid era, which means they are merely numbers and less of a barometer of excellence than we can fully assess. That doesn’t mean they aren’t interesting; just that the usual PED-era caveats must apply.

By RotoRob
This entry was posted on Tuesday, October 9th, 2012 at 12:18 pm and is filed under BASEBALL, RotoRob. You can follow any responses to this entry through the RSS 2.0 feed. Both comments and pings are currently closed.