The Wire Troll: Justin Ruggiano to Get Major PT 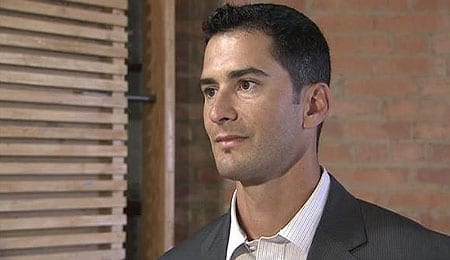 Justin Ruggiano, already on fire, should get plenty of PT over the next month.

The annual rite of withdrawal known as the All-Star break is upon us — a rather meaningless four-day respite from scouring the waiver wire, unless, of course, you happen to be a fan of your team having the home crowd feel in Game Seven of the World Series. When Freddy Sanchez finishes fourth in the balloting with almost 2.3 million votes there might actually be a problem with the current system. Bud Selig seems to believe that this is simply “part of the process” but in reality (something that Bud usually ignores) this “part of the process” is obviously very flawed and in need of an overhaul.

Now to turn our rant towards ESPN. ESPN started the year with a nearly two-week schedule in its Fantasy leagues and obviously didn’t get enough hate mail back in April so are heading in that same direction at the All-Star break. What an insane proposition. When you set your rosters in your ESPN league Sunday it will be for a full two weeks. The best (and really only) advice we can give here is to proceed with caution.

Without further ado, let’s get to this week’s Troll picks.

Justin Ruggiano, OF, Miami Marlins (CBS: 15 per cent owned, ESPN: 24 per cent): The former Tampa Bay Ray is absolutely on fire. Last week Ruggiano went 11-for-24 with four homers and eight RBI. That production obviously isn’t sustainable, but with Giancarlo Stanton out for the next 4-to-6 weeks because of knee surgery, playing time won’t be an issue. Run with the hot hand until it cools.

Tyler Colvin, 1B/OF, Colorado Rockies (CBS: 42 per cent owned, ESPN: 31 per cent): Colvin has been absolutely tearing the cover off the ball, smacking five homers with 10 RBI in the past week. We’ve seen his power before (back in 2010 when he slugged 20 homers in 358 at-bats with the Cubs), but his .306 BA is simply not sustainable. When your strikeout to walk ratio is 47/9 something has to eventually give.

Jim Thome, DH, Baltimore Orioles (CBS: 12 per cent owned, ESPN: 2 per cent): The veteran slugger finally returned to the AL, where the DH slot and regular at-bats were waiting. It’s getting tougher to find power bats on the waiver wire these days and Thome will provide solid second half value from a pop perspective for the surprising Orioles.

Clayton Richard, SP, San Diego Padres (CBS: 52 per cent owned, ESPN: 28 per cent): Richard stumbled Saturday against Cincinnati but with five quality starts and four wins in his past six starts he should be rostered in all formats. He’s cut down on the free passes this year allowing only 28 in 119 2/3 IP and he’s pretty much guaranteed to be starting every fifth day for San Diego with its decimated rotation.

Starling Marte, OF, Pittsburgh Pirates (CBS: 13 per cent owned, ESPN: unowned): Alex Presley is on the seven-day DL with a concussion and Gorkys Hernandez — called up to replace the ineffective Jose Tabata — is 2-for-19 since his promotion. The Pirates are going to finish the first half at the top of the NL Central and as much as they’d like to give Marte more seasoning down on the farm the circumstances are changing very quickly. He continues to rake at Triple-A Indianapolis with nine homers, 52 RBI, 18 thefts, and a solid .291 BA in 327 at-bats. Getting the jump on the competition with an early bid is a good plan.

Chris Tillman, SP, Baltimore Orioles (CBS: 11 per cent owned, ESPN: 2 per cent): Tillman enjoyed a great season debut against the Mariners, getting the win and allowing only two hits, two walks, and two unearned runs with seven strikeouts in 8 1/3 IP. Isn’t it hard to believe he’s still only 24 given the amount of false starts we’ve dealt with from him?

Robert Andino, 2B, Baltimore Orioles (CBS: 13 per cent owned, ESPN: 8 per cent): Andino fills a hole for those dealing with the onslaught of middle-infield injuries.

Scott Moore, 2B, Houston Astros (CBS: 1 per cent owned, ESPN: unowned): Moore is worthy of a look in NL-only formats in a super-utility role as he’s not only hitting well, but also should soon be both OF and 3B eligible.

Sergio Romo, RP, San Francisco Giants (CBS: 24 per cent owned, ESPN: 19 per cent): Romo is not officially the Giants’ closer, but he’s currently the go-to guy with Santiago Casilla struggling to work through a blister issue. A relief pitcher who owns a matching 0.72 ERA and WHIP with five saves shouldn’t be left lingering on the waiver wire.

Alexi Amarista, 2B, San Diego Padres (CBS: 19 per cent owned, ESPN: 32 per cent): Amarista already has a homer and six RBI in July and he’s got the 2B gig in San Diego for now.

Michael McKenry, C, Pittsburgh Pirates (CBS: 4 per cent owned, ESPN: unowned): McKenry is up to seven homers on the year with the last two coming since June ended, making him a sneaky pick as a second catcher in deeper leagues.

Travis Snider, OF, Toronto Blue Jays (CBS: 6 per cent owned, ESPN: unowned): The Jays have some decisions to make in the next little while and with Snider continuing to hit well at Triple-A Las Vegas you’d have to think at some point he’d enter into the discussions. He’s worthy of a bench slot in deeper leagues.

Dan Straily, SP, Oakland Athletics (CBS: 1 per cent owned, ESPN: unavailable): Straily has amassed 141 strikeouts in 111 1/3 IP in the minors so far this season. In four starts since being promoted to Triple-A Sacramento he hasn’t skipped a beat and is currently sporting a 1.04 ERA. It wouldn’t shock us to see him pitching in Oakland in the near future.

By Tim McLeod
This entry was posted on Sunday, July 8th, 2012 at 12:32 pm and is filed under BASEBALL, The Wire Troll, Tim McLeod. You can follow any responses to this entry through the RSS 2.0 feed. Both comments and pings are currently closed.