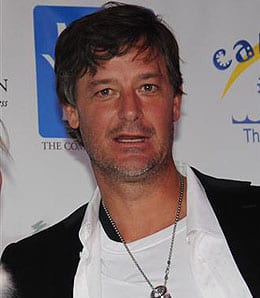 Jamie Moyer is too old to drive anymore, but he has a rotation spot.

Torii Hunter wound up playing 156 games last season – his highest total since 2007, which was his final season as a Twin. Don’t expect the 36-year-old flyhawk to see that much action again this season considering the logjam the Angels have all over the field – especially in the OF/1B/DH areas.

Through the first four seasons of the five-year, $90-million deal Hunter signed to join the Angels, he’s accumulated a WAR of 12.5 which compares favourably to the 11.3 he totaled over his final four seasons in Minnesota.

A three-time All-Star, Hunter is getting old enough now to have a son that’s a coveted multi-sport high school athlete.

With top prospect Mike Trout needing a place to play, this season is the end of the line for Hunter in Anaheim, but it’s a run that’s been surprisingly productive.

By RotoRob
This entry was posted on Saturday, March 31st, 2012 at 12:22 pm and is filed under BASEBALL, MLB Today, RotoRob. You can follow any responses to this entry through the RSS 2.0 feed. Both comments and pings are currently closed.