By Buck Davidson and RotoRob

Today we wrap up the 2011 RotoRob Awards Gala with a look at the best and most dubious pigskin performances of the year. 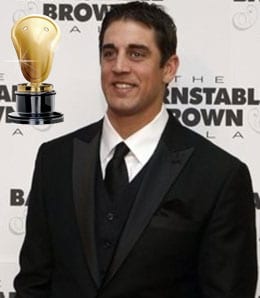 Aaron Rodgers looked sharp off the field and even better destroying defenses on it.

Aaron Rodgers, QB: Green Bay Packers: The likely 2011 NFL MVP enjoyed a season for the ages, setting a new league record with a passer rating of 122.5. Despite sitting out Green Bay’s finale, he topped 4,600 yards passing to become the first quarterback in league history with at least 4,000 yards and six or less interceptions. To quote a classic Debra Morgan spewing from Dexter, “Holy Franken fuck!” The dude’s TD-to-INT ratio was almost eight to one. What? Seriously? Rodgers has taken his place among the greatest QBs in the game, and this season he emerged as the most valuable asset in Fantasy football. 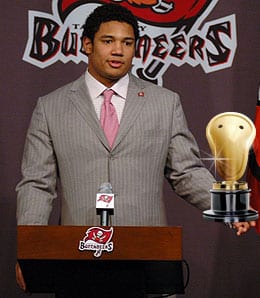 Josh Freeman, QB, Tampa Bay Buccaneers: A season after throwing 25 TDs against just six picks, Freeman was expected to be a top 10 QB in 2011. It didn’t happen. He was plagued by inconsistency, plummeting to just 16 touchdown passes while tossing a whopping 22 interceptions. The results were ugly, leaving Freeman with barely top 20 value among quarterbacks. Not exactly what you were looking for from a dude you probably nabbed around the sixth round of your draft. The good news is he set career highs in completions, completion percentage and yards and considering he’s not yet 24, the future remains bright for Freeman, which means he’s a sleeper candidate for 2012. 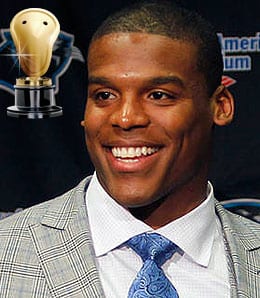 Cam Newton had one of the best rookie seasons ever by a QB.

Cam Newton, QB, Carolina Panthers: Newton announced himself as a future star with a brilliant rookie campaign in which he stayed healthy, completed 60 per cent of his passes for over 4,000 yards passing, tossed four more TDs than interceptions, and… oh, that’s right, he rushed for 706 yards and scored 14 TDs. Dwight Howard must officially relinquish his Superman nickname and hand it to the former Auburn star. 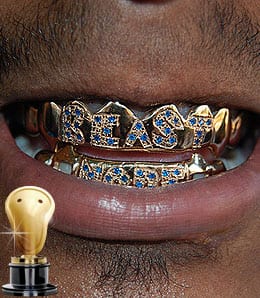 Marshawn Lynch was in “beast mode” all season long.

Marshawn Lynch, RB, Seattle Seahawks: Lynch somewhat revitalized his career after arriving in Seattle early in the 2010 season, but in 2011 he proved he was all the way back – and then some. In a career high 285 totes, Lynch topped the 1,200-yard rushing mark and reached double digits in TDs – both of which were firsts for him. Hell, he even managed to top 100 yards and score a rushing touchdown against the 49ers, who simply did not allow rushers to do that this season. Lynch timed his career year perfectly with unrestricted free agency looming, so the 25-year-old is poised for a major payday after his amazing recovery this season.

The Snot Back Award 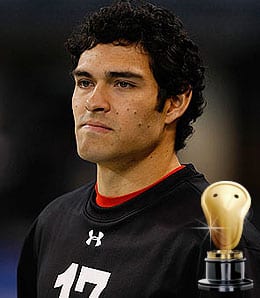 Mark Sanchez distributes the ball — and his boogers — with the best of them.

Ah, yes… there’s nothing like taking care of your backup. Like making sure they’ve got your back, know all the plays, and are available to substitute for tissue for you. In the 2011 AFC Championship game, New York Jets quarterback Mark Sanchez wiped a booger on backup Mark Brunell’s jacket – on national television. Classy! You can add this to Sanchez’s other exploits, which included dating a 17-year-old high school girl. 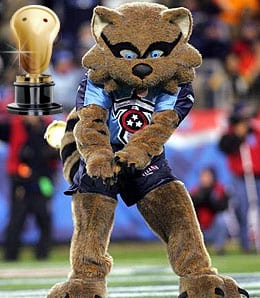 Mascots are a crazy bunch, as we all know. Sometimes they do things that are in extremely poor taste, but other times, they exhibit superb taste. For example, take T-RAC, the mascot of the Tennessee Titans. Last year, he managed to swallow a cheerleader whole. Hey, we can’t make this shit up. T-RAC, you are my new hero! I may actually sit through a Titans’ game just in the hopes that you’ll do something crazy. 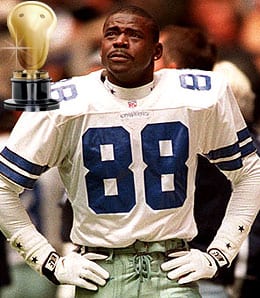 Sports has always been the domain of tough as nails machismo, a place where tolerance and acceptable aren’t exactly buzzwords. So it’s small wonder that over the years, gay athletes have pretty much stayed in the closet and certainly haven’t waved their pride flags in the public eye. Many sports are trying to use public service announcements to educate fans about gay issues, but that’s an extremely slow process.

That’s why it was so refreshing to see a former star athlete take a stand recently. Former Dallas Cowboy wide receiver Michael Irvin – one of the flashiest players in the game in his day – posed on the cover of gay publication Out and was featured in the magazine talking about his gay brother and his “pro-gay mission from God.” Well, weren’t sure on the whole God’s mission thing, but kudos to Irving for taking a stand; it’s not often you actually get to see role models doing something that justifies the fact that they are role models. You can read the interview here.

By RotoRob
This entry was posted on Sunday, January 8th, 2012 at 2:41 pm and is filed under Buck Davidson, FOOTBALL, RotoRob, RotoRob Awards. You can follow any responses to this entry through the RSS 2.0 feed. Both comments and pings are currently closed.