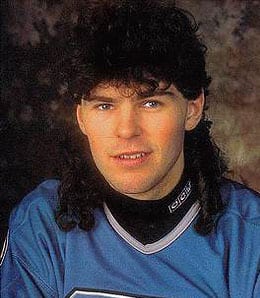 Jaromir Jagr’s hockey hair is gone, but his skills remain.

With NHL training camp wrapping up this week and the real games about to begin, RotoRob Philadelphia Flyers’ correspondent Rob Reath checks in with some thoughts on how a few of the team’s players have fared this fall.

Beyond the obvious surprise of Jaromir Jagr becoming the offensive leader of the entire team and showing the will to hold that title for a good part of the season, here are my observations thus far.

Jakub Voracek, RW: During the first game I watched him in, Voracek was oozing the outrageous stickhandling finesse that had me sold on him in his draft year. He has size, he is fast, he will hit. What is missing? I’ll tell you, in one word: Finish. His finish sucks. Voracek can penetrate the neutral zone like no player I have ever seen and he can dangle the puck and take it away like Houdini. I have not seen anyone in Flyers’ uniform make such dizzying moves when penetrating the zone, ever. I kept thinking, who does this guy remind me of? It hit me like a brick: Dainius Zubrus.

The Flyers gave up on Zubrus prematurely and he has had a long career that’s still ongoing. I really believe if they had let him continue to do things in his own weird way, he would have been terrific. Voracek screams of a higher potential player, but if he doesn’t learn to beat a goalie he will waste a ton of chances worse than Rod Brind’Amour ever did.

Oddly enough, Voracek’s ability to break in and beat people one on one may be enough to help the team even if he never scores, but we all know what a patient organization the Flyers have. He must work on his crease area skills this season, or he may become another great one they let get away.

Matt Walker, D: I was one of the few people who was delighted that the Flyers got Walker even if they got hosed in the Simon Gagne deal as a result. Then I watched Walker last season and lost most of my enthusiasm, leaving only disappointment in its place. Now I must say that he has gone the unusual route of having won me over, turned me against him, and so far this year redeemed my view of him.

Walker’s play is the only reason I’ve changed my mind. He has been sound, thrown the odd big hit without getting penalized, stood up for his mates and not looked lost when forwards come into his zone. I must begrudgingly admit that perhaps his injuries last season were taking a greater toll than anyone knew. I am seeing some potential here, although it’s only preseason and things will get more difficult very soon. I am most curious to see how Walker responds.

Harry Zolnierczyk, RW: I do believe Zolnierczyk will get sent down once Brayden Schenn (shoulder) and James van Riemsdyk (lower body) are back. That said, his speed is something to behold and, like Russ Courtnall, his hand skills may never catch up to his fleet footwork. Still, Zolnierczyk gets his nose dirty. He doesn’t seem to willing to stand up for himself other than his initial antagonizing of opponents but then, that’s not his job. He is one of the faster players on the roster, perhaps second to Voracek.

Zac Rinaldo, C: It’s not Rinaldo’s fighting — which is comparable to Daniel Carcillo (a very good middleweight who runs into problems against the league’s heavies and tries to compensate with willingness) — that buys his place on the roster. It’s certainly not his offensive skills, either. What will land Rinaldo on the Flyers’ roster is his bodychecking and energy level. I saw him throw three terrific hits on one shift. Rinaldo seems to have learned to pull up in order to avoid being suspended and his determination is special. Let’s see what he can do with it.

Sean Couturier, C: The Flyers’ top 2011 draft pick is a mixed bag of potential and weaknesses. The kid is physically weak by NHL standards and can be muscled off the puck effortlessly by NHL regulars. However, Couturier’s intelligence may end up separating him from the pack one day. On one play, an opposing player laid out a pick that cut off Couturier’s route from the puck. He skated into his opponent’s back and jolted himself backwards drawing a penalty from a player in front of him. It was a cagey veteran move and this kid is still in his teens.

There are times when the puck seems to seek Couturier out almost of its own volition, which means he has that unteachable knack of understanding where the puck will be ahead of time. There are red flags with his mediocre skating, but more and more he reminds me of Michael Handzus and that’s not a bad thing.

Brayden Schenn, C: After all the hype, I took a close look at the Flyers’ Schenn-sational prospect. He is still very much a rookie trying things out that don’t always work. Schenn too, can be muscled off the puck more easily than I imagined, although he has more sandpaper in his game than Couturier, often initiating hits even if he does bounce off occasionally.

His in tight passing is the most exciting thing about him — Schenn can move the puck in traffic like few players can. Dale Hawerchuk comes to mind when I think about players who could pass through a sea of sticks and skates and still get it to the open man. Schenn should continue to dazzle due to this skill, but may become injury prone trying to be a Rick Tocchet type of player, a pursuit which may be beyond his grasp when he may be more suited as a finesse player. Still, sometimes you can take the kid out of the fight but you can’t take the fight out of the kid.

Matt Read, C: This undersized (5’10”, 185) forward just seems to understand all the responsibilities of each forward position and thrives equally well in each. Read’s vision, passing and penalty killing all look very sound. His finish needs work but his passing should buy him enough time to work on that. The kid just has a lot of promise and embodies the qualities which GMs like to call an “honest player.” Read looks like a keeper.

Maxime Talbot, C: I was a bit underwhelmed with the Talbot signing, but I’ve since renewed my faith. Timely hits, standing up for his mates and constant effort makes it difficult to focus on his limited skill set. Talbot is a clutch player and will undoubtedly be invaluable come playoff time.

By RotoRob
This entry was posted on Monday, October 3rd, 2011 at 9:39 am and is filed under HOCKEY, RotoRob correspondent report, Team report. You can follow any responses to this entry through the RSS 2.0 feed. You can leave a response, or trackback from your own site.