The Wire Troll: The Dawn of the Brett Lawrie Era 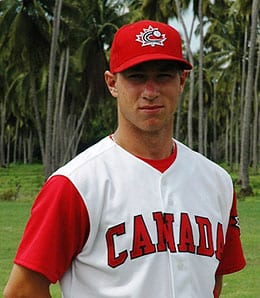 Canada’s only baseball team hopes it has a homegrown star in Brett Lawrie.

We’re getting into crunch time in Fantasy Leagues, and with trade deadlines fast approaching, it’s time to pull out all the stops. The marathon has turned into a sprint, giving you one last serious opportunity to address your Fantasy squads’ needs through the trade venue. Get it done. Repeat after me, “Would have, could have, and should have” will not be part of any end of the year discussions concerning my Fantasy teams. Without further ado, let’s take a look at some of this week’s wire options that could augment those deadline trade moves.

Brett Lawrie, 2B/3B, Toronto Blue Jays (CBS: 52 per cent owned, Yahoo!: 23 per cent): The news that many have been awaiting has finally occurred: The Jays, currently in the midst of an extended road trip, called up young phenom Lawrie. Calling him up while the Jays are on the road was a prudent move as it helps avoid the media circus and incredible pressures that await his arrival for that first home stand in Toronto. Lawrie made his debut Friday against the Orioles and went 2-for-4 with an RBI. He followed that up by going 1-for-3 Saturday. In 292 at-bats at Triple-A Las Vegas he hit 18 homers with 61 RBI, 13 thefts, and an amazing .353 BA, numbers that speak for themselves. Spend the FAAB cash this weekend as Lawrie has the potential to be a difference maker over the balance of the 2011 campaign.

Johnny Giavotella, 2B, Kansas City Royals (CBS: 6 per cent owned, Yahoo!: unowned): The Royals are giving all the kids a good look this year and the most recent to get the call is second baseman Giavotella. The 2008 second rounder had nine homers, 72 RBI, nine thefts and a stellar .338 BA in 453 at-bats at Triple-A Omaha. Look for full-time at-bats for the youngster over the duration of the season as the Royals get all their ducks in a row in preparation for the 2012 campaign.

Ivan Nova, SP, New York Yankees (CBS: 35 per cent owned, Yahoo!: 13 per cent): In two starts since the Yankees have moved to the six-man rotation Nova has allowed only three earned runs and struck out 16 while going seven plus innings in both outings. He also accomplished something A.J. Burnett couldn’t in that he got through five successful innings after being spotted a huge lead. He’s now up to 10 wins on the season and with both his current success and the power of the mighty Yankee offense behind him, he makes for a solid acquisition in all leagues and formats.

Jimmy Paredes, 3B, Houston Astros (CBS: 1 per cent owned, Yahoo!: unowned): Who the heck is Jimmy Paredes? Maybe the person we should be addressing this question to is Chris Johnson. The ‘Stros are in the process of bringing the entire Double-A Corpus Christi squad to the bigs and we can now add 22-year-old Paredes to that list. In 385 at-bats down on the farm he hit 10 homers with 41 RBI and chipped in 29 thefts with an adequate .270 BA. Parades struck out 84 times to go along with only 15 walks so don’t expect much from a BA perspective, but those speed numbers are intriguing.

Joe Saunders, SP, Arizona Diamondbacks (CBS: 34 per cent owned, Yahoo!: 17 per cent): Saunders struggled Saturday against the Dodgers, allowing four earned runs in 5 1/3 IP, but that was his first time he allowed more than three earned runs going all the way back to June 10 against the Marlins. Saunders put up a 2.91 ERA and two wins in five starts in June and then followed that up with a 2.16 ERA with four more wins in six starts in July. He’s quietly been producing solid numbers for two months and is deserving of a bit more respect than we’re currently witnessing.

Nathan Eovaldi, SP, Los Angeles Dodgers (CBS: 2 per cent owned, Yahoo!: NA): Rubby De La Rosa is lost for the duration of 2011 and most of 2012 after undergoing Tommy John surgery. The Dodgers have turned to 21-year-old Eovaldi and in his debut Saturday against Arizona he went five innings, allowing four hits and two walks with seven strikeouts to bag his first win. It sure looks like the Dodgers have found a suitable replacement for De La Rosa.

Trayvon Robinson, OF, Seattle Mariners (CBS: 8 per cent owned, Yahoo!: unowned): One of life’s current mysteries is why the Dodgers seemingly gave up on Robinson. In 377 at-bats at Triple-A, he hit 26 homers with 71 RBI, stole nine bases, and hit for a solid .289 BA. He was called up by the Mariners Friday and in his second game Saturday against the Angels smacked his first home run. Expect the Seattle brass to give him every opportunity to display his tremendous skill set as they plan ahead for the 2012 season.

Robinson Chirinos, C, Tampa Bay Rays (CBS: 1 per cent owned, Yahoo!: unowned): Chirinos was part of the haul Tampa received in the off-season deal with the Cubbies for Matt Garza. John Jaso is looking at another week or two on the DL dealing with a strained right oblique and Chirinos is making the most of his opportunity. In back-to-back games last week he smacked his first homer and followed that up with an extra inning game-winning single against the Jays. Maybe it’s time the Rays found a new home for either Jaso or Kelly Shoppach?

Stephen Strasburg, SP, Washington Nationals (CBS: 66 per cent owned, Yahoo!: 28 per cent): The 66 per cent ownership levels in CBS leagues for a pitcher that won’t return to the National rotation for at least another month speaks volumes for the respect this young phenom has garnered. Is the potential return of Strasburg this year worthy of the hype? Probably not, but if three or four starts down the stretch has the potential to be a difference maker for your Fantasy squad, go ahead and take the plunge and get him rostered. Just remember that command is usually an issue with hurlers returning from TJS.

Todd Frazier, 3B, Cincinnati Reds (CBS: 3 per cent owned, Yahoo!: unowned): Scott Rolen is on the DL for at least the next month after having athroscopic surgery on his left shoulder and the Reds have turned to Frazier to help fill that void. In 315 at-bats at Triple-A Louisville he slugged 15 homers and stole 17 bases, making him more than worthy of a bid in NL-only leagues.

Jose Constanza, OF, Atlanta Braves (CBS: 1 per cent owned, Yahoo!: unowned): Nate McLouth underwent sports hernia surgery Thursday and is lost to the Braves for the next six weeks. Atlanta is turning to 27-year-old journeyman Constanza and, since being called up, he’s gone 12-for-31, good for a .387 BA. He managed to steal 23 bags this year at Triple-A Gwinnett and should provide solid speed numbers and BA while filling in for McLouth.

Mike Carp, OF, Seattle Mariners (CBS: 8 per cent owned, Yahoo!: 3 per cent): In his past 10 games, Carp has gone 13-for-38 with 10 RBI. The power potential (as demonstrated by 21 homers and 64 RBI in 251 at-bats at Triple-A Tacoma) and the fact that he’s hitting in the middle of the order makes Carp a solid addition in both AL-only and deeper formats.

Ryan Doumit, C, Pittsburgh Pirates (CBS: 13 per cent owned, Yahoo!: 8 per cent): Doumit was activated Friday after spending a full two months on the DL with a sprained ankle. He’s going to share catching duties for the rest of the season with Michael McKenry and should be owned and active in two-catcher and NL-only leagues.

Vinnie Pestano, RP, Cleveland Indians (CBS: 4 per cent owned, Yahoo!: 3 per cent): Chris Perez has been struggling mightily since the All-Star break and has now allowed eight earned runs in his last nine appearances. Meanwhile, set-up man Pestano has 61 strikeouts in 42 2/3 IP with two saves. The Tribe is still only four games out in the AL Central and can’t afford to be losing close games down the stretch. Perez owners should be looking to add Pestano as an insurance policy for the stretch run.

Lance Lynn, RP, St. Louis Cardinals (CBS: 2 per cent owned, Yahoo!: 1 per cent): The endless parade of pitchers occupying the set-up role continues in St. Louis with Lynn being the current flavour of the week. He earned his first save of the season Friday subbing for Fernando Salas who was given the night off. A sprinkling of saves and solid peripherals down the stretch (assuming that Manager Tony LaRussa doesn’t make another move) makes him worthy of adding in NL-only and leagues using holds.

Casey Janssen, RP, Toronto Blue Jays (CBS/Yahoo!: unowned): Jon Rauch can’t get the job done. The reason Rauch is closing is because Frank Francisco couldn’t get the job done. The trade deadline deals that saw the Jays move Jason Frasor, Octavio Dotel and Marc Rzepczynski have seriously weakened their bullpen. Francisco will get the next shot to close out games for Toronto, but who do the Jays currently have on their roster that is capable of stepping up in a relief role should it be required? Casey Janssen, anyone?

By Tim McLeod
This entry was posted on Sunday, August 7th, 2011 at 1:24 pm and is filed under BASEBALL, The Wire Troll, Tim McLeod. You can follow any responses to this entry through the RSS 2.0 feed. You can leave a response, or trackback from your own site.