Contest: The DLC Days of Summer 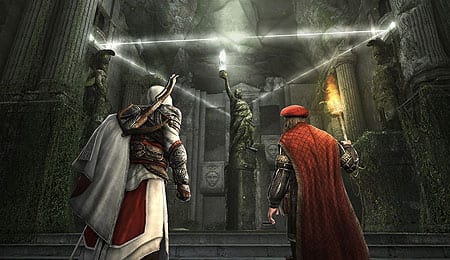 Ezio can find DaVinci, but even he can’t locate a better deal on DLC!

Let’s be honest, everybody loves DLC — what many don’t like, is paying for it. Well, problem solved. RotoRob has teamed up with companies like Activision, Ubisoft, Zen Studios, Double Fine and more to offer you a boatload of DLC for your Xbox 360 without the muss and fuss of actually paying for it. Here’s what we have on offer (in alphabetical order):

Ancients of Ooga
The Forgotten Chapters

Due to the specific nature of DLC (clearly it does no good to win for a game you don’t own) we’re doing things a bit differently. Entries will be 100 per cent comment based, and each person can post up to five (5) comments for five chances to win — however, please note you can only enter to win each piece of DLC once. That means if you’re interested in two add-ons you should only be posting two comments. Duplicates will not be counted.

Each comment should contain the following information: your @Twitter name (if you don’t have one put No Twitter and verify your email address is correct) and the DLC you’re entering to win. Please note that if you’re entering to win DLC from either Trials HD or Pinball FX 2 you can either post a general entry for all available add-ons or one specific piece.

Winners will be selected at random on Monday, July 18. All entries must be received by 8 p.m EST, 5 p.m. PST on Monday. Anyone can enter, but you must be following me on Twitter or provide a valid email address so that codes can be sent to you.

By Herija Green
This entry was posted on Wednesday, July 13th, 2011 at 2:14 pm and is filed under Contests, Video Game Reviews. You can follow any responses to this entry through the RSS 2.0 feed. Responses are currently closed, but you can trackback from your own site.