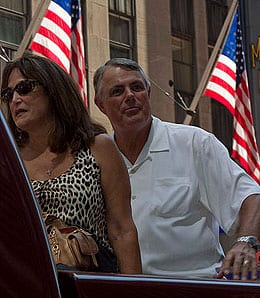 Lou Piniella may not share his wife’s fashion sense, but he still knows the game.

There an was interesting quote in today’s New York Daily News from Lou Piniella, who is now the special assistant to general manager Brian Sabean for the San Francisco Giants.

“If there’s one thing that stands out from what I’ve seen,” Piniella said, “it’s that there are no great teams in baseball. There are a few good teams but even they have serious flaws and all the others have a lot of flaws.”

It’s a great observation on the state of the game so far in 2011, and speaks loudly to the state of parity which has currently descended on baseball. Personally, I think it makes things very exciting and I love the fact that there are some great early-season surprises developing in the standings. This seems to be a season during which anything can — and will — happen.

We haven’t yet had the opportunity to give a tip of the hat to Justin Verlander for his second career no-no on Saturday in Toronto – which made him just the 30th pitcher in MLB history to toss more than one no-hitter in his career. It was also the second no-hitter of the week, as he followed Francisco Liriano’s effort against the ChiSox.

Verlander’s been solid this season, but had yet to come up with a really dominant start. Well, he sure fixed that, didn’t he?

Overall, Verlander is looking like a top 10 pitcher so far this season, a bit higher than we had him pegged heading into the season. While his strikeout rate continues to slide since 2009, Fantasy owners will take that trade for the lower ERA and WHIP.

The Tigers, by the way, have turned things around after a recent skid. They’ve now won five or their past six games and are just one game shy of the .500 mark. Detroit has pulled within 1.5 games of the second-place Royals in the AL Central.

Toronto, meanwhile, will try to salvage a series split against the Tigers Monday night. With six losses in the past eight tries, the Jays have now dropped to fourth in the AL East, a game behind the Red Sox, who are starting to stop the bleeding a bit lately.

Jays starter Jo-Jo Reyes, who was getting pounded almost two years ago to the day in the Atlanta rotation the last time we checked on him, is now taking regular poundings as a member of the Toronto staff. How does he keep getting chances? Sure, Reyes looked solid in his start last week, and probably bought himself a bit more time in the rotation, but this dude has now gone 25 straight starts without earning a win.

Fantasy owners (wisely) will not let this dude near their rotation, regardless of their format. Why would a major league team do so? Recently demoted starter Brett Cecil has struggled at Triple-A Las Vegas, but Brad Mills has looked really sharp. Could Mills get a chance to take Reyes’ rotation spot?

By RotoRob
This entry was posted on Monday, May 9th, 2011 at 6:31 am and is filed under BASEBALL, MLB Today, RotoRob. You can follow any responses to this entry through the RSS 2.0 feed. You can skip to the end and leave a response. Pinging is currently not allowed.