The Wire Troll: Jordan Walden Now the Man in Disneyland 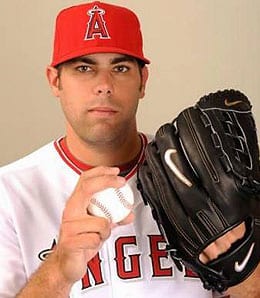 Jordan Walden is worth spending plenty of your FAAB to acquire.

Welcome to another season of the Baseball Wire Troll, our weekly Fantasy baseball column designed to find you the best possible waiver wire gems.

The “super week” that many of us have been enduring is nearly over, which means those of us playing in weekly leagues can finally start tinkering with our rosters. Some of the greatest bargains and opportunities the 2011 campaign will present will be available over the next couple of weeks. The old adage of ‘you snooze, you lose’ has never been more accurate than it is at this time of the season for Fantasy baseball owners. The tough part is weeding through the overwhelming number of options and separating the trash from the treasures.

We’re only one week into the 2011 season and there is no need to panic as we all know that this great game “is a marathon and not a sprint,” but at the same time we have to be prepared to make any necessary roster moves while the opportunities are there. Without further ado, let’s take a quick look at some of the options available in the first Wire Troll of the season.

Jordan Walden, RP, Los Angeles Angels: I must confess that I was a little slow in getting on the Walden bandwagon. The off-season acquisitions in the Halos’ bullpen combined with incumbent Fernando Rodney led me to believe that Walden wouldn’t get a crack at the closer job until further down the road. However, an injury to Scott Downs combined with Rodney’s inability to find home plate with a GPS unit and lo and behold, the closer of the future is suddenly the closer of the present. In 5 1/3 IP so far this season, Walden has allowed just two hits, one walk, and no earned runs while striking out seven. He picked up his first save Tuesday against the Rays in impressive fashion, prompting manager Mike Scioscia to indicate he wanted the youngster to take the job and run with it. If Walden is out there in your league, spend that FAAB or burn the high draft priorities. This kid is worth the investment.

Matt Harrison, SP, Texas Rangers: In his first two starts of the season, Harrison has delivered two seven inning victories for the Rangers. In those 14 IP, the young lefthander has allowed just seven hits, three walks and two earned runs (one in each start) while fanning 11. Temper your expectations when it comes to the strikeout numbers, but his solid control and the Rangers’ explosive offense are two good reasons to find a home for Harrison in your team’s rotation.

Sean Burnett, RP, Washington Nationals: Make no mistake, Drew Storen is the long-term answer as the closer in Washington, but if you need saves now, Burnett appears to be the answer. Burnett has been on quite the roll with a scoreless streak that dates back to August 26. The “title” of closer hasn’t officially been handed to him, but it’s clear Burnett is the man right now in the ninth inning for the Nats. Take what you can get from Burnett while the Nationals wait for Storen to hone his craft.

Ben Francisco, OF, Philadelphia Phillies: Heading into Spring Training, Francisco was nothing more than an after-thought as most people expected young phenom Domonic Brown to replace the departed Jayson Werth in right field for the Phillies. However, Brown’s injury opened the door for Francisco, and he’s responded. In 33 at-bats thus far, he has 11 hits, two homers, seven RBI, seven runs scored, and a theft. Once Brown is healthy (and there’s still no timetable for when he’ll return), he could have his hands full wrestling the job from Francisco. Outfield isn’t that deep in talent this year and a player capable of 15-to-20 homers and 10 thefts with a decent batting average has value in all formats, so don’t overlook Francisco.

Brandon Beachy, SP, Atlanta Braves: It’s hard to believe that just three short years ago Beachy was the starting third baseman and closer for the the Indiana Wesleyan University Wildcats. Signed to a $20,000 bonus as an undrafted free agent by the Braves, he is now their fifth starter after just two seasons and change and 208 IP in the minors. Beachy wasn’t even starting full-time until June, so his rapid ascension to the majors is an amazing story. Personally, I’m intrigued and amazed… and am also buying in.

Chris Narveson, SP, Milwaukee Brewers: The 29-year-old southpaw’s strong finish to 2010 has carried over to this season. In 13 IP, Narveson has been nothing short of brilliant, allowing only nine hits, four free passes, and no earned runs. Did I mention he also has 14 strikeouts? I still can’t believe in our Dynasty League I allowed my partner Kevin Orris to convince me to cut this guy in favour of keeping that Daisuke Matsuzaka dude. What was I thinking? Narveson’s fine performance may have once been perceived as an aberration, but it has simply gone on far too long to allow him to remain a free agent.

David Aardsma, RP, Seattle Mariners: Aardsma is scheduled to throw a simulated game Tuesday and he has yet to experience a setback in his rehab from off-season hip surgery. Do an alpha search and if he’s available in your league avoid the rush and get him rostered now. Brandon League is not the long-term solution for saves in Seattle.

Jesse Crain, RP, Chicago White Sox: Matt Thornton is off to a rather rocky start and Chris Sale has been less-than-stellar himself. Crain is off to a decent start and considering that he’s the best right-handed reliever in the ChiSox pen, he should be on the radar in mixed formats and owned in all holds leagues. With Ozzie Guillen in charge, nothing can be ruled out in the Windy City.

Jason Motte, RP, St. Louis Cardinals: The last thing that Tony La Russa and the Cardinals needed was closer Ryan Franklin to implode, and implode he has. Franklin has blown three saves in four attempts and is sporting a rather bulky 9.82 ERA and 2.18 WHIP. Motte, who has also gotten out of the gate rather slow, has been touted as the closer-in-waiting seemingly forever, so I have to believe he gets first crack at the job should that opportunity arise. However, don’t rule out Mitchell Boggs, who is off to a solid start in 2011, as he’s someone that many believe is the long-term answer.

Alex Avila, C, Detroit Tigers: Last year, Avila hit seven homers in 294 at-bats. So far this season, the young Tiger backstop is off to a solid start with two homers and seven RBI, yet he’s owned in a scant 17 per cent of CBS leagues. Does a catcher with 15-homer potential have value in two-catcher formats? You bet he does, so getting Avila now while he’s still flying under the radar would be a rather prudent move.

Chris Getz, 2B, Kansas City Royals: Will Getz finally produce the stats that many — including myself — expected after that solid 2008 campaign at Triple-A Charlotte? The short answer is maybe. But we’re talking about a player that stolen 40 bases over the past two years and seems to have playing time opportunities in Kansas City. Those of us that have a need for speed should get to the waiver wire as fast as we can.

Scott Rolen, 3B, Cincinnati Reds: Is third base all that deep when a middle-of-the order bat like Rolen is only owned in 57 per cent of Yahoo! leagues? Thus far, he’s smacked two homers and driven in nine runs, which more than warrants ownership in most formats.

Brennan Boesch, OF, Detroit Tigers: Remember this guy? After his incredible run last year, he was putrid after the break. But we’re now into 2011 and Boesch is off to another great start with one homer, five RBI, and seven runs scored to go along with a .364 BA. Did he learn something in last year’s dreadful second half or is this simply a case of déjà vu all over again? Either way, Boesch is currently producing so take what you can get and run with it.

Sam Fuld, OF, Tampa Bay Rays: The sudden “retirement” of Manny Ramirez will translate into playing time opportunities for Fuld — at least in the short term. If you need a quick boost in the speed category, Fuld’s five thefts in 18 at-bats should have your attention. The bigger question here is what does this series of moves mean when looking at Desmond Jennings? Does the timetable for his arrival in Tampa Bay now change? If Jennings is available in your league and you have the available bench space, a pre-emptive strike could net some great returns later on in 2011.

By Tim McLeod
This entry was posted on Sunday, April 10th, 2011 at 1:02 pm and is filed under BASEBALL, The Wire Troll, Tim McLeod. You can follow any responses to this entry through the RSS 2.0 feed. You can skip to the end and leave a response. Pinging is currently not allowed.