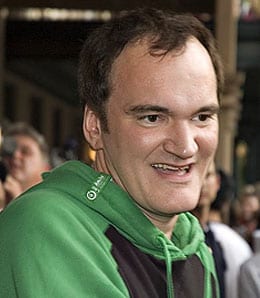 WIND’s Best Conversation Ever Contest heads into Week Three on a serious roll – we’re now over 900 entries and have had over 60,000 site visitors (meaning the site is only slightly more popular than RotoRob). As we’ve mentioned in previous posts, we were chosen as the sports blogging partner and judge for this contest, open to Canadian residents.

And to refresh your memory, this contest asks entrants to send in a video or text telling us who you would want to speak with (if you could have a conversation with anyone in the world) and why. Entries are judged based on voting and creativity, but given the still fairly low number of video entries, that’s your best route to wow the judges. So now’s the time to channel your inner Quentin Tarantino.

Five people will win the conversation of their choice, but there’s also plenty of secondary prizes, including three $100 TicketMaster gift certificates per week. One of them is awarded randomly for site participation, one is given away each Wednesday on the Facebook contest and the final one is handed out on Thursdays with the Twitter contest. Lots of ways to win here, folks! If you want a chance to win the Twitter contest, all you have to do is follow @winwithWIND.

By RotoRob
This entry was posted on Wednesday, February 9th, 2011 at 3:13 pm and is filed under Contests. You can follow any responses to this entry through the RSS 2.0 feed. You can skip to the end and leave a response. Pinging is currently not allowed.