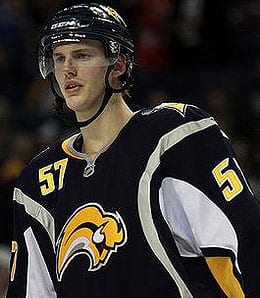 There are tough times and then there was this shortened week in the National Hockey League. Saturday featured five shutouts and also the aftermath of an injury that has surprised quite a few insiders out there. For once, we are not talking about Sidney Crosby, but rather Evgeni Malkin. Malkin will be out for the rest of the season (out 4-to-6 months officially) after taking an awkward hit from Tyler Myers on Friday against the Buffalo Sabres.

The ripple effects of the injury are going to affect waiver wires plenty. Pittsburgh still does not have its two high scoring weapons and actually we do know quite a few people that have employed that very strategy in building their team. What do you do in such a situation? It is quite unique and one that does not have an easy answer. There are many that have gone on to say that they have never seen anything like this in all their years of playing Fantasy hockey.

Guess what? They are absolutely right. The injury ticker, which represents our count of the number of NHL players injured or ill, has approached 160 which has never been seen. There are jokes that the “Sandman” definitely has it in for certain teams and that is not true because literally every NHL team is feeling the pinch from injuries. Injuries affect waiver wires because everyone is looking for that bargain that so many others had passed on.

Clearly one cannot fall asleep this time of year. The Super Bowl is upon us and that is the one day every year that Fantasy hockey fans completely let their eyes close and dream of something other than their teams and, well, hockey in general. Everyone should remember this simple quote from Metallica’s “Enter Sandman” (yes, we go where few dare to ever go):

Sleep with one eye open,
Gripping your pillow tight
Enter night
Take my hand
We’re off to never never land.

This is what Super Bowl Sunday can be like. It is a time of year when your Fantasy hockey team can be harmed actually. Thoughts of food and football immensely cloud the hockey fan’s judgment so much so that he or she begins to forget about hockey for maybe a day or even two. That is sometimes all it takes to turn a good team bad and a bad team worse.

Is Jordan Staal a waiver wire pickup? No, he is not at all. He is owned in far too many leagues. However, this week we offer three quick fixes in leagues where your “Centres Of Attention” may be missing so you do not close your eyes.

Drew Stafford, RW, Buffalo Sabres: Stafford’s total of 27 points in 33 games is actually quite surprising. Now if only he could stay healthy. This year that has become a bit of an adventure for the young forward. The torn quad injury to Derek Roy has further opened things up for Stafford who is now almost a point-per-game guy. Sure, it does not hurt playing with Thomas Vanek and Jason Pominville, but that is quite alright. With about 30 games left in the season, Stafford could pot you potentially 25-to-30 points, provided he stays healthy of course.

Marty Biron, G, New York Rangers: Yes, Henrik Lundqvist is the starter and is not going anywhere, and that has to be acknowledged. Currently, Biron’s ownership rate is well below 30 per cent and he clearly will not be the starter or even really a “1B” option, however, most think he is just too good to toil in Gotham (New York City) but Stan Fischler is happy and probably wondering what John Tortorella will do next. That is anyone’s guess, but right now Biron is the toast of the town in just two performances. Still, the fact is there have been times when Biron just makes the saves that Lundqvist just cannot. Go snatch up Biron as a handcuff just in case if you have a fourth spot or even a roster spot in general.

Rob Schremp, C, New York Islanders: Schremp’s 21 points in 37 games does not sound very impressive. Also, the -12 mark is not going to spur most owners to run out and claim this guy. However, the fact that he scored twice and was played more prominently Saturday is encouraging. If coach Jack Capuano continues to feed Schremp the ice time, he will produce. The reality is that the potential is there for the young forward and he can win some clutch face-off draws which is good as well. As a third or fourth centre in deep leagues, Schremp would be perfect on your Fantasy team.

Ray Emery, G, Free Agent: Keep an eye out to see where he goes (likely Anaheim).

Evgeni Nabokov, G, New York Islanders: You have to think that the Islanders will do something about this eventually.

Peter Forsberg, C, Free Agent: It is rare we say this, but Forsberg is one you want to stay far away from. The saga continues and maybe it will end soon.

There you have it. By all means, contact us with all of your Fantasy hockey questions (you can use the Fantasy Question? link in the left-hand column). Good luck and see you next week. Also, stay awake out there, Fantasy owners, stay awake.

By Chris Wassel
This entry was posted on Sunday, February 6th, 2011 at 1:14 pm and is filed under Chris Wassel, HOCKEY, The Wire Troll. You can follow any responses to this entry through the RSS 2.0 feed. You can skip to the end and leave a response. Pinging is currently not allowed.