The Best Conversation Ever Contest Rolls On 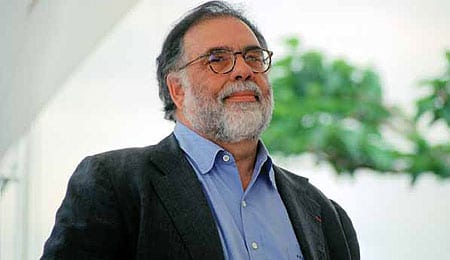 If you have a touch of Francis Ford Coppola in you, now’s your chance to let it loose.

Things are cooking over at Bestconversation.ca, the site for WIND’s Best Conversation Ever contest, of which I am a blogging partner and judge.

To refresh your memory, this contest – open to all Canadian residents – will award five winners a conversation with anyone in the world they want…pretty cool idea, huh?

Have you entered yet? If not, get on it…the contest closes on March 7.

There are already over 200 entries posted, but only a small percentage of them have been video as opposed to text, so if you want to wow the judges, make sure you get creative and tap into your inner Francis Ford Coppola. Bear in mind that judging is based 40 per cent on voting and 60 per cent on creativity, so the more imagination you put into your entry, the better your chances!

So far, Sidney Crosby is a popular choice among athletes that entrants would like to talk to. Other sports celebrities that have been selected include Jarome Iginla, Eric Lindros, Brian Burke, Bill Belichick, Kobe Bryant and Wayne Gretzky.

Beyond the five grand prizes, there are also a slew of secondary prizes:

By RotoRob
This entry was posted on Friday, February 4th, 2011 at 8:01 pm and is filed under Contests. You can follow any responses to this entry through the RSS 2.0 feed. You can leave a response, or trackback from your own site.