The Wire Troll: An IR Full of Bodies is Bad 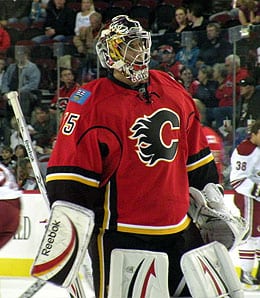 This week is more of a history lesson than anything else. Why the lesson first? That is simple, ladies and gentlemen. In order to progress, one must understand how it went wrong in the first place. Names can be protected for the sake of the innocent in these cases only. Imagine being the Fantasy GM with six guys out and only one IR slot. Worse, three of these guys are on that wonderful “can’t cut list” that everyone loves at the start of the season.

What do you do?

That is the mystery here. This is the time of year when there are few options and more land mines that can even be counted. There are over 120 players that are currently injured in the National Hockey League. More than any other season, this is a year that all levels of stardom have been hit. The superstar has been hurt, the second tier, the third tier, the fourth liner and even the enforcers have been hit hard.

If that is not enough, the flu is still out of control. Over a dozen players have had some sort of stomach or viral bug in the past week. Even the dreaded strep throat has appeared. Just ask Michael Cammalleri how that feels sometime. Surely he will have a nice colourful answer just waiting for you. The truth is this season continues to bring even the people with the best Fantasy minds right down to their knees and then cut them off kneeling. It really is a merciless beast.

Today, we bring you three players that hopefully you can find in these desperate times. However, there are no guarantees that this is going to go well for you or anyone. How tough of a season has it been for some? Well, as previously mentioned, the cold gray sky has not yielded, leaving experts in its wake clinging to anything.

Look for these three in your bargain basement section and tell them Chris sent you.

David Clarkson, RW, New Jersey Devils: Hey, Clarkson has awakened after the long sleep that has been the Devils’ season. A few goals and a couple fights last week have made people remember the player that had so much potential before getting injured last season and then vanished into oblivion for most of this season. Ownership varies for Clarkson, but it is very low and it is not often a GM can get his hands on a guy that can score a little while piling up some penalty minutes as well.  Before Steve Downie, there was David Clarkson. Pick him up before others catch on.

Henrik Karlsson, G, Calgary Flames: The writing is on the wall for the struggling Miikka Kiprusoff, and the way that Karlsson plays makes people remember why “The Kipper” was so sought after in Calgary in the first place. Now, Karlsson’s umbers do not appear awe inspiring, but his potential is definitely something to take notice of. By the way, the record is 3-3-3 with a 2.57 GAA and .906 save percentage. Again, there may be a few better options out there, but this Swedish rookie has too much upside to pass up. Claim percentages are slowly inching up on Karlsson, so go claim him and stash him while you can.

Anthony Stewart, RW, Atlanta Thrashers: This guy is big.  At 6’2″ and about 240 pounds, Stewart is an imposing force when rolling in the right direction. His 26 points in 46 games comes with a mean streak as he can rack up a few penalty minutes (16 on Saturday night alone) when needed. Personally, I had the misfortune of standing next to him after a Devils-Thrashers game and swore if I was in a dark alley, I would just assume the “be flattened” position. How did Florida give up on Stewart? We’ll never know. What is known is that there is enough upside to suggest he can only get better and better from here on out. Not a lot of people have picked up on Stewart yet and most leagues have him in the single digits and low teens as far as starting percentages. Go get him now before everyone else beats you to it and you wonder what could have been.

At any rate, we hope this helps some. You can find me on twitter @TheProgramBTR. No question is too small and do bring the heat, we like that. See you next week with more waiver wire craziness here on The Wire Troll.

By Chris Wassel
This entry was posted on Monday, January 17th, 2011 at 2:08 pm and is filed under Chris Wassel, HOCKEY, The Wire Troll. You can follow any responses to this entry through the RSS 2.0 feed. You can skip to the end and leave a response. Pinging is currently not allowed.