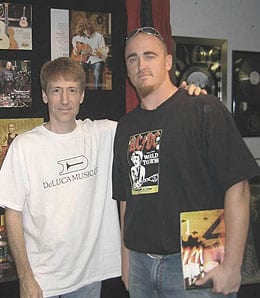 The musical tastes of Brett Myers (right): AC/DC and Prodigy’s Smack My Bitch Up.

While we wait for Tim to check in from the AFL (we’ve heard a rumour he was last seen wandering through the desert licking every peyote cactus he finds), let’s kick off the hot stove season with a few observations.

First off, how about some love for wife beater extraordinaire Brett Myers, a pitcher I believe deserves strong consideration as the NL Comeback Player of the Year. The Astros made a shrewd and fairly inexpensive move in signing him last offseason, and all Myers did to reward them was turn in a brilliant season that made him one of the best waiver wire additions of 2010 https://rotorob.com/2010/10/04/the-wire-troll-the-2010-pitching-all-stars/.

Myers came to Houston looking for a chance to revitalize his career as opposed to trying to cash in, and it worked wonders. The Astros wisely locked him up to a two-year extension in August, taking him off the market. He did an excellent job of reducing his home rate (thanks to getting more ground balls than flyballs for the first time in his career) while his strikeout rate also made a nice recovery.

The Astros, meanwhile, have cobbled together a pretty nice rotation which helped fuel a modest improvement last year, and a final record that was far better than most expected. A 40-33 second half suggests that Houston is capable of being a .500 team next year, depending on how its offseason goes and what kinds of moves its division foes make.

We’ll be watching the moves of the Mets under new GM Sandy Alderson closely, and this team has some work to do as it also tries to get back to playing at least .500 ball. Starting pitching will be an issue here, as just as he started to really roll, Johan Santana had to undergo season-ending shoulder surgery, and it remains unclear exactly when he’ll be ready to rejoin the rotation in 2011. As a result, the Mets would be wise pluck at least one, preferably two starters from the free agency pool. It’s curious that the Mets have allowed swingman Hisanori Takahashi to become a free agent, as the two sides weren’t close to agreeing on the value or length of a new deal. Takahashi wore several hats for the Mets last season, beginning the season in the rotation and ending it as the closer in the wake of Francisco Rodriguez’s tirade/injury.

The World Series Champion San Francisco Giants will try to keep free agents Aubrey Huff and Juan Uribe as the team will likely spend over $100 million in payroll for the first time in club history.

Remember when Texas had a boatload of young catchers? Well, now that it’s decided that none of them are long-term solutions, the team will be seeking two catchers on the free agent market this winter. And the pickings are slim.

Speaking of Texas, after Ron Washington led the Rangers to the American League Championship and within three wins of a World Series title, will other major league teams insist that their managers snort coke as often as possible? Can’t you just see Tony LaRussa wearing this T-shirt?

By RotoRob
This entry was posted on Saturday, November 6th, 2010 at 2:51 pm and is filed under BASEBALL, RotoRob. You can follow any responses to this entry through the RSS 2.0 feed. You can leave a response, or trackback from your own site.