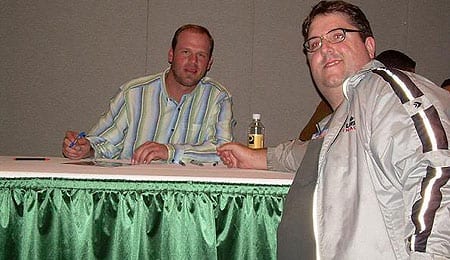 While the Orioles’ pitching – especially their “ace” Kevin Millwood – continues to struggle (they failed to manage a single 1-2-3 inning on Monday against Detroit), at least the team’s offense has come alive, putting up 15 runs in the past two game, yet only splitting the pair, running their current skid to four losses in the past five games.

Baltimore was actually winning a few games before this most recent downward spiral, so have actually pulled within 15.5 games of the Blue Jays. Hey, I’m trying to be nice here. Okay, go ahead and laugh.

At shortstop, veteran Cesar Izturis is struggling through one of his worst offensive seasons ever, and considering he’s never been known much for his bat work, that’s a tall order. In fairness, Izturis has come alive in the past week, hitting in four straight games and batting a robust .381 for the week.

He’s stayed healthy this year, and that’s about the best thing you can say about Izturis as he hit just .194 in May, and wasn’t much better in June. As recently as two years ago, at least he had a modicum of value as he swiped 24 bases, but Izturis’s base stealing skills have gone south in a hurry as he’s just 5-for-10 so far this season. That, combined with a virtually inability to get on base has rendered Izturis as a deep AL-only league option at best.

We actually thought he’d be a top 30 shortstop, but he hasn’t even been close to that.

Baltimore desperately needs to find a short-term solution at shortstop for the next three years or so, considering that Mychal Givens is still at Class-A and has missed most of the year with a thumb injury. Izturis is obviously not the answer, and if Baltimore has to struggle through another season with this dude getting as many plate appearances as he’s received this year, how the hell is it ever going to dig its way out of the basement?

By RotoRob
This entry was posted on Tuesday, July 6th, 2010 at 12:54 pm and is filed under BASEBALL, MLB Today, RotoRob. You can follow any responses to this entry through the RSS 2.0 feed. You can leave a response, or trackback from your own site.