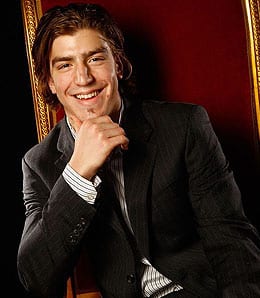 Peter Mueller has been rolling since arriving in Mile High City.

Peter Mueller has been unreal since joining the Colorado Avalanche. His biggest contribution, though, might be the jump-start he’s given the Avalanche power play, which has clicked in the 40 per cent range since he came on board. That means that other players like Milan Hejduk and John-Michael Liles — Fantasy hits-and-misses all season long — will get the trickle-down effect. Just beware of Mueller’s inevitable letdown, it’s bound to happen sooner or later.

Did John Tavares find his mojo with a five-point night? Time will tell, but my hunch is that it’s a blip on an up-and-down rookie season. For keeper situations, it’s not something to be worried about. Steven Stamkos is your latest proof that a mediocre rookie campaign might not mean anything in the second year. There’s a good chance that Tavares will finish the season better than his awful recent stretch, but don’t look for him to suddenly ignite everything he touches.

Several Olympians have gone cold since the NHL season returned, and it’s much more than just a few-day bump to get their feet back in it. The entire Sharks team has gone MIA; Team USA’s Patrick Kane has had a rough stretch, and Rick Nash — who played so well for Team Canada — is battling a nagging injury. Did the Olympics sap too much out of them or cause them to lose their focus? It’s possible, and there was always reason to be cautious following the Olympic break. If the Olympians on your roster are slumping, don’t hesitate to be cautious and have them ride the pine for a little bit. Remember, they’re people too and that means that their focus could have gotten knocked around with such a big tournament.

No Brian Campbell in Chicago, and Brent Seabrook’s noggin got knocked into the third row. What does that mean for the Blackhawk power play? Just about every defenseman will get a shot at the power play, even a rough-and-tumble journeyman like Nick Boynton. In Thursday’s game against the Kings, Boynton had 2:24 of power play ice time, the second highest for a Chicago defenseman. The Hawks have tried the four-forward system off and on through the season, and with Campbell and Seabrook out, that’s another thing to keep an eye on.

As the Thrashers go, so does Nik Antropov. If you track Atlanta wins with games where Antropov has points, there’s a pretty striking connection between the two, even when Ilya Kovalchuk was still around. The Thrashers (and Antropov) have been streaky all season, and right now they’ve shaken off a six-game funk that took them out of the playoffs. Will they make a final push? I’m betting that they’ll play better over the next two or three games, which means that Antropov should put up some decent points before the final Atlanta death march.

It might be too late to pick up a free agent in many Fantasy leagues, but if you’re still got time, check out Mathieu Schneider in Phoenix. The Coyotes desperately needed some help on their league-worst power play, and Schneider was brought in simply to be a power play specialist. The old fellow’s still got some gas in the tank, as Phoenix is riding him for about 20 minutes a night, including special teams. With the Coyotes on a hot streak, Schneider’s definitely worth a look.

Big-name injuries galore: Ryan Getzlaf, Seabrook and Evgeni Malkin. All of those guys are day-to-day, so be sure to check out how the depth chart shifts — and how it will shift back. More goaltending trouble in Philadelphia as Michael Leighton hurt his ankle, meaning that everything falls on Brian Boucher’s shoulders. Cristobal Huet has missed some time from the flu in Chicago, though the Hawks could just be lying because of Huet’s awful play as of late.

By Mike Chen
This entry was posted on Saturday, March 20th, 2010 at 2:13 pm and is filed under HOCKEY, Ice Chips, Mike Chen. You can follow any responses to this entry through the RSS 2.0 feed. You can skip to the end and leave a response. Pinging is currently not allowed.