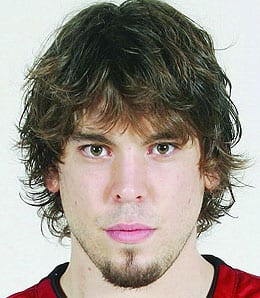 After a great season, marc Gasol is hurting at the absolute wrong time.

Welcome to The Wire Troll for Week 22. Fantasy playoff time is here, and if you’re still in the hunt, congratulations. Hopefully some of the sage advice we try to offer here at the Troll helped your team be all that it could be. All right, enough glad-handing, it’s back to business we go – we’re in, but we haven’t made it to the top yet.

The injury list is long and complex, so we’ll keep it brief. Uber-guard Chris Paul appears to be close to returning, but nothing official is out there yet. Joakim Noah of Chicago returned Saturday, but his minutes were very limited, as expected. Also in Chicago, Derrick Rose returned Saturday night, and he looked like he didn’t miss a beat, putting up 23 points and four treys (where the hell did that come from; he had only made six all season before that). One name you won’t see is Luol Deng, whose calf injury could end his season.

Memphis centre Marc Gasol is battling a neck injury, while Tyreke Evans of Sacramento will be out with a concussion and jaw contusion until at least Monday…and possibly longer. The news was good for Andrew Bynum, whose Achilles tendon isn’t ruptured – but he’ll still miss at least a week. The Knicks’ Wilson Chandler may be shut down for the season with an injured groin, while the Warriors’ Stephen Curry is battling a sprained ankle. David Lee is day-to-day with tendinitis in his knee, and was a late scratch Friday night because of it.

In addition to the injuries noted above, numerous players are listed as day-to-day with various ailments. Make sure you have the latest updates on the plethora of injuries out there before setting your weekly lineups.

And, for the latest in waiver wire-worthy news, be sure to follow the Wire Troll on Twitter.

Hasheem Thabeet, Memphis Grizzlies: With the uncertainty (at cyber-press time, anyway) surrounding Marc Gasol’s injury, Thabeet becomes a nice speculative pick up in larger leagues. The rookie has started two games in Gasol’s stead, averaging nine points, 9.5 rebounds and three blocks per contest – while logging over 27 minutes. Keep an eye on Gasol’s status, but until the big man makes it back Thabeet should be worth owning in most formats.

James Johnson, Chicago Bulls: The Bulls are hurting in a big way right now, and the injury to Deng has opened the door for Johnson to show his stuff. Over the past five games, Johnson has averaged 12.8 points, 4.8 rebounds, 2.4 assists and 1.8 blocks – while shooting over 56 per cent from the floor. Deng’s injury may be season ending, making Johnson a must-add in most Fantasy formats.

Paul Millsap, Utah Jazz: With Andrei Kirilenko aggravating his calf injury Friday night, Millsap stands to become the Fantasy force we know he can be. The burly power forward scored 12 and pulled 11 boards that night — a performance that came on the heels of a 21-point, 11-rebound line back on Wednesday. Millsap is probably only available in smaller leagues, but if he’s out there he’s definitely worth adding while AK-47 is on the mend.

Toney Douglas, New York Knicks: What, you don’t have him yet? In the four games since taking over at the point for the Knicks back on March 13, Douglas has averaged 18.5 points, five assists, 2.8 treys and 2.3 steals per outing. With the Knicks going nowhere fast, the club is bound to take a look at its young talent the rest of the way, and Douglas fits that bill perfectly. Add him in all formats, and enjoy the ride.

C.J. Watson, Golden State Warriors: It’s not known how long Curry will be out of action, but while he’s away Watson should see a return to Fantasy relevance. He threw in 11 points, dished eight dimes and logged four steals Friday night, and should be a fine source of little man stats while he’s in the starting lineup. Watch Curry’s health closely, but the hapless Warriors figure to take things slowly with their prized point guard.

Beno Udrih, Sacramento Kings: If Evans is out for an extended period, Udrih will inherit the keys to the Kings’ offense – and he has shown this year that he’s up to the job. Udrih was already a borderline starter as the Kings’ two-guard, but if he moves back to the point he becomes a must-own in just about every Fantasy league. Udrih has averaged 13.8 points, 5.3 assists and 1.2 treys in March, while shooting 48 per cent from the field and 85 per cent from the stripe.

By Buck Davidson
This entry was posted on Sunday, March 21st, 2010 at 12:52 pm and is filed under BASKETBALL, Buck Davidson, The Wire Troll. You can follow any responses to this entry through the RSS 2.0 feed. You can skip to the end and leave a response. Pinging is currently not allowed.