The Wire Troll: Breaking the Break? 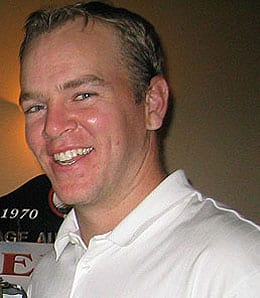 A change of scenery could do wonders for Alex Tanguay.

Next Sunday will the final day of games before the Olympic Break. Sometimes you just think you will never get there, but the reality is it is only a week away. This will be a nice easy column as we prep the next week for the Olympics and Opening Ceremonies on Friday. The strangest thing this time of year is that most Fantasy owners are looking at NHL trades and not the waiver wire. That is reality, my friends. Looking at a lot of teams, they are hitting some kind of wall that cannot be explained this week. I noticed offense is down and numbers are down in general.

Simply, these are weeks that try everyone’s soul. Your mettle is tested as a Fantasy hockey owner. As a side note, it’s nice to see that the Caps and Pens are playing today, but at least offering an option for another game. Think of how crippled that city is from nearly 20 inches of snow with probably even more in the suburbs. Throw us a bone, Capitals brass if you please. At the very least this important game will be played and able to determine some outcomes. Imagine losing a week because you have Alexander Ovechkin and he did not play. I can comprehend the outrage as a Fantasy hockey owner because I had it happen to me a couple years ago when a hockey game was moved from a Sunday to a Monday.

Better yet, a break like that could affect a player you picked up off the waiver wire just for Sunday. Sure, it is kind of bush league in a sense, but it is a lot more common than people think. If you ever wondered why some leagues like ESPN and even Fanball put in weekly transaction limits for commissioners, that is why. Keep aware out there and watch your opponent’s transaction count if your league has a limit. Occasionally, you may be able to pick up someone they cannot.

Now our focus this week is the Olympic Break freeze on February 12. Why? Simple. Expect more trades that could affect waiver wires. A guy like Alex Tanguay could have relevant Fantasy value if he is traded in the coming week. There are other guys that you may want on your team. Now these are the type of players you may not expect, so here are our quick three for the road. I do think at least two of the three may be traded either before the “Break” or the Trade Deadline itself come March 3.

Alex Tanguay, LW, Tampa Bay Lightning: Tanguay has points in three straight games and as long as Vincent Lecavalier picks his play up, Tanguay will feed off of it. Tanguay needs an elite first line player with him to produce nowadays, but in the right situation, he will thrive. Talk is he could be traded before February 12. I still think he is too young to have gone this far off kilter. There is hope for him and I do think a change in scenery to a contender will not only do him some good, but even merit him being picked up. You might even take a gamble and add him right now if injuries have you down.

Raffi Torres, LW, Columbus Blue Jackets: Torres is another guy who should have more shots, but at least he has more than Tanguay. Torres scored his 17th of the season Saturday, but the fact that he’s getting less than 14 minutes of ice time a night screams trade candidate. I do think Columbus is kind of misusing him to a point, but that is balanced out by some of his questionable decisions on the defensive side of things. Torres is not Rod Brind’amour bad there, but still not all that good. The key here is to hope he ends up with a good second line situation if indeed he does change addresses. I do think Torres is a wildcard player that you want to keep one eye on.

Steve Reinprecht, C, Florida Panthers: For my money, Reinprecht is the perfect player to acquire for the Trade Deadline and I do think Florida may be tempted to entertain some offers for him. His 33 points are not overly impressive until you look at how feeble the Panther offense can be at times. I think they may score more off the ice than on truthfully. Now, Reinprecht has no points in his last 10 games, but this is a serious case of buying low. Florida may unload him and considering that he can win some clutch faceoffs, you may be on to something if you can get him before other people do so. What would be an ideal place for him to be dealt? Back to Phoenix may be a slightly intriguing concept. I am sure Shane Doan would love to have him back.

Next week look for a nice Valentine’s Day edition of The Wire Troll. We will give out some love and some advice too. Until then, enjoy the last full week of Fantasy hockey for a while.

By Chris Wassel
This entry was posted on Sunday, February 7th, 2010 at 1:54 pm and is filed under Chris Wassel, HOCKEY, The Wire Troll. You can follow any responses to this entry through the RSS 2.0 feed. You can leave a response, or trackback from your own site.