The Wire Troll: I Have a Dream! 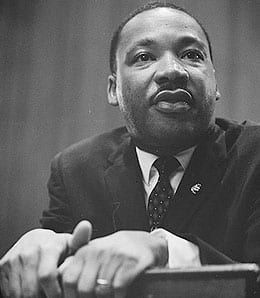 Monday being Martin Luther King day and all, I figured there had to be some way to tie this into Fantasy hockey. I know this sounds crazy, but undaunted, what we are going to try to do this week is take a look at those who have fulfilled our dreams this season and maybe those who we dare to dream will do bigger things in the last part of the season before the Fantasy playoffs start.

We’ll look at a pair of players who have fullfiled our dreams but are on the wire first.

Steve Downie, RW, Tampa Bay Lightning: It is rare to see an enforcer do so well offensively, but Downie is a player in the Sean Avery mold, yet he’s even even more of a loose cannon if that’s possible. However, Downie has finally found a home to be a pest and score a bit in Tampa. The 10 goals are quite a shock, but the five tallies on the man advantage is just downright insane. The buzz is increasing on Downie as he is one of the hottest players on the waiver wire in the last two weeks. Also, he’s still a tough customer with 117 PMs, which makes him a great fit on your Fantasy team especially in leagues where ATOI (Average Time On Ice) does not count or you can put a minute hogging defenseman in to supplement. Downie has only been picked up in 10-to-15 per cent of leagues and is at least worth a shot.

Jason Chimera, LW, Washington Capitals: Chimera started off very slowly with the Columbus Blue Jackets and, well, anything there seems to be an ill fit aside from Rick Nash lately. Chimera was dealt to the Washington Capitals between Christmas and New Years and a recent four-game point streak (he’s scored five points during this stretch) has his owners buzzing and waiver wire folks starting to take some notice as he’s a physical winger with a knack for finding the net or the open guy. His ice time is also up to almost 15 minutes a night for the season, a sure sign that the Capitals really are appreciating the effort and execution. Chimera also has 75 PMs and is being increasingly relied upon by the Caps as a quasi-enforcer of sorts. Needless to say, if you are desperate for help on the wing and you need it now, Chimera has only been taken in 1-to-3 per cent of Fantasy hockey leagues.

The Ones We Need to Dream Harder

Cam Barker, D, Chicago Blackhawks: Thirteen points in 40 games for a defenseman is not always so bad, but people had high hopes for Barker at the start of the year. He basically has gone from a 20-to-22 minute a game defenseman all the way down to 13 a night. Somehow he is still owned in 80-to- 90 per cent of Fantasy leagues out there. Why? We have no clue. If there ever was a player that needs to find a way to step up, it is him. Yes, Barker has been injured, but think of what Duncan Keith and Brent Seabrook have done this year. ‘Nuff said!

Petr Sykora, RW, Minnesota Wild: Why is Sykora here? Simple — because there was so much more expected in Minnesota. Granted, he has been injured more often than Peter Forsberg, but Sykora’s production value has been null and void. He started out the year owned in almost 90 per cent of Fantasy leagues and now has dropped to just below 30 per cent. And Sykora is still dropping. By the way, he’s been a healthy scratch in his last six games. Maybe the first thing Sykora owners can dream of is him just getting some playing time. Then, hopefully, some point production of any kind would be somewhat of a bonus, I guess.

We indeed hope that everyone enjoys the holiday and a day off. More importantly, remember the message of Martin Luther King and that it can even apply to Fantasy owners everywhere.

By Chris Wassel
This entry was posted on Monday, January 18th, 2010 at 9:07 am and is filed under Chris Wassel, HOCKEY, The Wire Troll. You can follow any responses to this entry through the RSS 2.0 feed. You can skip to the end and leave a response. Pinging is currently not allowed.