Will Larry Dolan Make It? 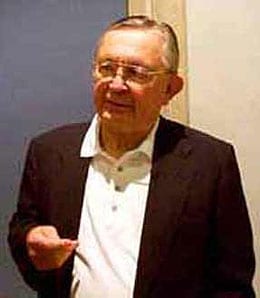 Will Larry Dolan’s heart hold up?

I haven’t written anything baseball-related in 2010 yet, so I thought I’d check in with a quick look at the Cleveland Indians’ situation.

As you know, the Indians completely redefined themselves as a small-market team when they dealt away team leader Victor Martinez, C.C. Sabathia and Cliff Lee – the latter pair back-to back Cy Young winners – for a boatload of prospects.

That clearly signals a change in the organization, a change which necessitates a major PR spin from team owner Larry Dolan and General Manager Mark Shapiro. Hiring Manny Acta as the new manager isn’t the answer but, thankfully, it’s not my job to put a good spin on the situation in Cleveland.

I do know that this team is now turning its stars into prospects, a cycle which rarely is a recipe for success (notwithstanding the Marlins winning the World Series every half dozen years or so). Obviously, it’s a model that can work, and selling that to fans is part of that process. The buy-in and patience of fans is critical is this scenario.

Oh, wait a second…I can put a positive spin on this: the Indians signed outfielders Shelly Duncan and Austin Kearns. Uh, ya.

If you recall, Dolan suffered a heart attack last year. Do you think the 2010 version of the Indians is going to have a better impact on his health?

I don’t dabble in Dead Pools anymore because I think it’s bad karma, but something tells me that Dolan might be a fine selection for 2010. Just saying.

By RotoRob
This entry was posted on Thursday, January 7th, 2010 at 11:44 am and is filed under BASEBALL, RotoRob, Team report. You can follow any responses to this entry through the RSS 2.0 feed. You can leave a response, or trackback from your own site.