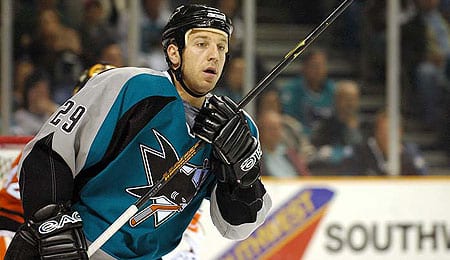 There seems to be some media buzz about the slow starts some superstar players are having. Sure, Pavel Datsyuk may only have a handful of points, but to suggest that he’s over the hill is kind of silly. Similarly, to think that Vincent Lecavalier isn’t going to start putting the puck in the net at some point is absurd. Datsyuk, Lecavalier, Ryan Getlaf, and others have all earned enough Fantasy cred to remain on your roster.

Benching them is fine, but I’d really only advise doing that if you’ve got a full slate of guys to play and need to make choices about your evening’s roster. If you’re just looking to conserve games, you might as well gamble on these guys putting up the eventual monster game that gets them back in the groove. Remember, coaches are relying on these guys to shoulder the bulk of the load, so they’ll often do whatever they can to get them going.

On the other hand, Fantasy leagues are often won or lost in the trenches — second-tier players that put up equal value as big-name guys. For a bunch of these guys, the early part of the season hasn’t been kind. Should you keep them or drop them? Let’s take a look.

Ryane Clowe: Clowe just got himself a nice fat contract during the offseason, though it looks like all it did was weigh down his hockey pants because he can’t get anything going. You could point to the loss of his usual centre Joe Pavelski, but that’s not really changing things too much as San Jose’s top six forwards have all played together in some form or another. Clowe is notoriously streaky, but starting out on a bad streak can only kill confidence. Drop him for now, though keep an eye open when Pavelski comes back.

David Booth: No one’s really scoring in Florida, but the Panthers are hanging their hat on Booth being their go-to guy. Other scorers have come back from worse, and what gives me faith in Booth returning to a 30-goal projection after an awful start is that the Panthers don’t really have many other choices. That ice time has to go somewhere, and Booth’s shown enough in his young career that he can score even in adverse situations. Hold on to him for now, but have him ride the pine for a while.

Alex Tanguay: Looking for a career revival, Tanguay seemed to put him in the best position to succeed by signing in Tampa. He looked like the ideal sleeper pick, but someone forgot to tell Tanguay to show up to the party. This top-heavy crew could surely get Tanguay going again, right? Well, that’s a big fat wrong, and there’s no point in waiting for him to come around as he’s going to be spending time on the third line for a while. Drop him and don’t look back.

Saku Koivu: Going to Anaheim made sense for Koivu; the Ducks needed secondary scoring and he wanted to play with fellow countryman Teemu Selanne. After Koivu had a pretty good season in Montreal (50 points in 65 games), you’d have hoped that the transition would be easy — he likes to pass the puck, Selanne likes to shoot it. It ain’t happening so far, even though Selanne has scored a handful of goals. Koivu’s upside was originally about 60 points, but a defensive system and a poor start are lowering those expectations. Feel free to drop him.

Sergei Samsonov: It’s not too often that you have everything go wrong at once, but that seems to be happening in Carolina right now. While you can feel safe that Eric Staal will return to form, mid-level forwards like Samsonov aren’t providing the secondary scoring that the ‘Canes need. Samsonov’s career has been maddeningly inconsistent to the point that any sort of slump should prompt you to drop him quickly.

Jonathan Cheechoo: For those of you hoping that Cheechoo would find new life in Ottawa, it’s simply not happening. While Senator fans seem to be pleased with the grit and hustle that he’s shown, that doesn’t help your Fantasy team. One good indicator with Cheechoo is his shots on goal — in his two good years, he averaged well over three shots per game. His shots have diminished each year and right now, he’s barely getting two per game. The one caveat about Cheechoo is that he’s notoriously streaky. If you bothered to pick him up, drop him now, but watch for him to score that first goal. When that happens, he might provide value for about a week or so.

The first rash of bad injuries have hit the NHL. In Boston, Marc Savard’s injury is going to put more pressure on Michael Ryder to produce. In Pittsburgh, no Sergei Gonchar means more power play time for Alex Goligoski and Kris Letang. Christian Ehrhoff is picking up the slack for Sami Salo out in Vancouver. For short-term issues, watch to see if Jonathan Toews misses any time from that nasty hit he took the other night and remember that there’s no exact timetable for Alexander Semin to return from his mysterious “illness/injury.” For Semin, though, remember that he likes to take his time in returning.

By Mike Chen
This entry was posted on Sunday, October 25th, 2009 at 12:31 pm and is filed under HOCKEY, Ice Chips, Mike Chen. You can follow any responses to this entry through the RSS 2.0 feed. You can leave a response, or trackback from your own site.