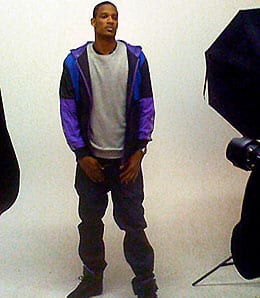 Houston is hoping Trevor Ariza can replace some of the ample firepower it’s lost.

We’re back with yet another team preview as the 2009-10 RotoRob NBA Draft Kit nears completion. While Memphis worries that its shiny new toy might not be ready for opening day, let’s take a look at the Houston Rockets, a team that will be faced with its own challenges this season.

The Houston Rockets were a very solid team in 2008-09, both from a real-life and Fantasy perspective. Houston finished second in the Southwest Conference with a record of 53-29, then knocked off the Portland Trail Blazers 4-2 in the first round of the playoffs. Though they weren’t given much chance against the powerful Los Angeles Lakers, the Rockets took the eventual champs to seven games before finally bowing out.

What was perhaps most impressive about the effort was that Houston played the final four games without its iconic centre Yao Ming, who suffered a broken foot in Game Three – an injury which is still preventing the Great Wall of China from playing. The big man will miss the entire 2009-10 season, leaving Houston without its top scorer and rebounder – and depriving Fantasy hoops of one of its biggest stars.

The news gets worse: seven-time All Star shooting guard Tracy McGrady underwent microfracture surgery on his left knee February 24, and doesn’t figure to be back until December at the earliest. In addition, the Rockets lost small forward Ron Artest to free agency, leaving the club without its three leading scorers from a season ago. Houston signed defensive specialist Trevor Ariza in the offseason, perhaps with the hope that bolstering their already formidable defense will help them compensate for their massive offensive losses over the past several months.

It may be an ugly season in Houston, and in fact, there probably won’t be a lot to talk about from a Fantasy perspective, either. There are, however, a few players who could emerge and return solid Fantasy value to those owners savvy enough to dig deeply enough. Dig, you say? Heck, grab a shovel, son – this is Texas after all, and you never know what untapped riches might be lying beneath the prairie sand.

The Houston frontcourt is loaded with question marks, beginning with last year’s starting power forward Scola. If Scola moves to centre as has been speculated, his vacated power forward spot becomes a wide-open job. Landry has appeared in 111 NBA contests, but has yet to start a single game. When he wasn’t getting shot, the 26-year-old posted a “per 36” line of 15.7/8.4 last season, while Hayes pulled down 10.5 rebounds per 36 minutes. Hayes is a good bet to at least start the year as the No. 1 centre, but his lack of offense makes him undraftable in Fantasy play.

Landry can also play the three, and even rookie Chase Budinger – who has shown the ability to both score and dish the ball this preseason – might get a taste or two. Big Aussie centre Anderson (the only active Rockets player over 6’9″) may also eat up some minutes in the post, with Scola manning his old digs at the four. Landry’s versatility makes him a potential sleeper in deeper leagues – just watch how the minutes shake out before you pull the trigger on any Houston big man other than Scola.

Shooting guard may also be an issue, as neither Battier nor Ariza is a natural two. Both have outstanding defensive skills, but neither is a great spot-up shooter or ball handler. Both players should get starter’s minutes, but who actually ends up starting at the two is something of a mystery at this point.

Scola put up some strong numbers last season: 12.7 points and 8.8 rebounds per game. What’s most interesting, though, is the line he hammered out in two games starting at centre for Yao: 18.5 points and 9.5 boards. While the sample size is small, it is clear that Scola is in for some big lines this year as he tries to fill Yao’s big shoes. Scola is not a shot blocker, and mediocre from the stripe – but he should deliver points and boards by the bucket load this season. He is currently nursing a mild ankle sprain, but it’s not expected to linger into the regular season. With Yao out, Scola will be asked to score more than at any time in his career, and something close to a 20/10 average this season is not out of the question.

There are some folks out there touting Brooks as a Fantasy sleeper this season, but it’s hard to tell why they’re so excited. Brooks started 35 games last season, averaging 13 points, but a rather lethargic 3.7 assists and 0.7 steals in almost 31 minutes of playing time. He’s not a skilled passer, has only an average shooting touch, and at only 6’0″ is not a defensive force – quite the opposite, in fact. Brooks’ lack of defensive acumen figures to limit his minutes given Houston’s preference for playing in-your-face D, so he is decidedly lacking in upside. Look elsewhere (Sacramento, maybe?) for your breakout point guard this season.

If one dud wasn’t enough, we have a special bonus dud for you: McGrady is scheduled for an MRI on his surgically repaired left knee November 23. T-Mac is practicing on a limited basis, and is reportedly ahead of schedule in his rehab, but we just won’t know his return date until his November MRI. Even if McGrady makes it back in, say, December, the fact remains that, over the past six seasons, T-Mac has played more than 71 games only one time. When he’s on the floor, McGrady can still put up solid numbers across the board, but the constant threat of injury makes him too great a risk for most Fantasy managers.

Battier’s defensive skills are well documented, but his career high water mark for points per game was 14.4 way back in 2001-02. What’s more, his second-highest season was a mere 10.1, so scoring the ball is not Shane’s forte. With the Rockets’ two biggest weapons sidelined, though, Battier may be called upon to air it out more than at any point in his career – and the fact that he threw in 26 points this preseason against Toronto bodes well for his chances. At the very least, Battier will heave in plenty of three-pointers – but how the rest of his offensive game develops will ultimately determine his Fantasy worth this season.

If Battier indeed gets his offensive game going, to the point of, say 13-15 points per game – he would become a viable starting option in just about every format. Threes, rebounds, steals, and close to one block per game – all currently available for cheap at the end of your Fantasy draft. This is a chance worth taking, folks.

If it’s a deep sleeper you’re looking for, recall those nifty “per 36” numbers Landry put up last season. Also, know that Landry is averaging 12.7/4.9 in 20.4 minutes this preseason, so the tools for success are there. He’s not a shot blocker, but Landry should be a cheap source of points and boards as long as he’s playing close to starter’s minutes. Again, watch Houston’s frontcourt rotation closely before committing to anyone other than Scola.

The Rockets selected Budinger with the 44th overall selection in this year’s draft, and while he may not see relevant minutes this season, his story’s worth telling. The 6’7″ forward not only averaged 18 points, 6.2 rebounds and 3.4 assists for Arizona last season, but he was also one of the nation’s best volleyball players during his time at AU. Budinger’s success on the volleyball court was due in no small part to his enormous 40-inch vertical jump; this kid has more hops than Anheuser-Busch.

Budinger will try to parlay his impressive athleticism into meaningful minutes this season, but the odds are definitely against him. He has had a nice preseason, but barring a major injury, we’re not likely to see the former Wildcat getting much run this season.

Ariza should provide plenty of pilfers to pad your production, but what else he’ll provide is cause for question. He can shoot a little bit, rebound a little bit, and steal the ball as very few others can – 1.7 swipes in just 24.4 minutes per game last season. Unfortunately, there isn’t much of a sample size to project what kind of numbers Ariza will produce when given starter’s minutes. He added treys to his repertoire last season, but the .319 he shot from downtown did not inspire much confidence. Many eyes will be on Ariza as he tries to expand his game and become a true Fantasy force in 2009-10.

By Buck Davidson
This entry was posted on Saturday, October 24th, 2009 at 1:43 am and is filed under 2009-10 RotoRob NBA Draft Kit, BASKETBALL, Buck Davidson, Team report. You can follow any responses to this entry through the RSS 2.0 feed. You can leave a response, or trackback from your own site.