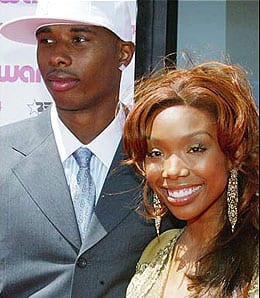 We’re back with more of the 2009-10 RotoRob NBA Draft Kit. While the Minnesota Timberwolves’ frontcourt falls apart, let’s preview the Miami Heat, who will look to build on last season’s rebound and take the next step up the Eastern Conference ladder.

The Miami Heat made a miraculous recovery last season in the wake of the 15-win, injury-induced disaster that was 2007-08. The team finished with a winning record and got back into the playoffs. And while constant worries about the luxury tax prohibited this team from making any key additions this offseason, organic growth by some of its young players should allow the Heat to improve upon its 43-win total of a season ago, perhaps even leapfrogging the Hawks for second place in the Southeast Division behind the Magic.

But the real master plan of this organization involves opening the coffers next summer, when the much-publicized free agent class of 2010 becomes available. Of course, the Heat must start by retaining their own key member of this class – Dwyane Wade, who, despite his constant moaning about the team not doing enough to build a winner around him, is expected to re-up with Miami after the season. But to truly meet its goals, Miami must also be able to add one or two other big-name free agents to play alongside Flash.

For now, however, this will mostly be a stand-pat year. Yes, Quentin Richardson has been added to the mix – after being dealt about 17 other times this summer – but he hardly qualifies as a marquee acquisition. If nothing else, Q-Rich and Daequan Cook will give the Heat a pair of serious long-distance threats this season.

Carlos Arroyo was also recently signed, as the team made a long-delayed move to add depth at point guard. Compared to Richardson, this move means even less, unless starter Mario Chalmers gets hurt for an extended time. Of course, any serious injuries to the starting five could prove disastrous to Miami, considering its paucity of depth.

We all know that, if healthy, Wade will be Wade. But the real key here is the development of sophomores Chalmers and Michael Beasley. Chalmers improved his ball distribution skills as the season wore on last year, but then again, with this offense, Flash has the ball in his hands at almost any given moment. Beasley, however, seems poised to explode and emerge as a legitimate double-double threat. If his drug and personal problems are truly behind him after spending summer vacation in rehab, the second overall pick in last year’s draft can give the Heat what it truly needs – a bona fide second scorer behind Wade. Of course, he’ll have to do that with the pressures of making the transition from PF to SF, not to mention that he’s just 20 years old and everyone will be watching him like a hawk to see if he goes squirrely again.

There’s been some talk that Beasley could come off the bench in favour of Q-Rich or even Jones (although Jones seems to have worked himself out of contention). Richardson’s value will get a nice bump if he’s starting, but even if Beasley isn’t in the starting five, he’ll see enough time at the three and four that his value is assured.

Duh…it’s Flash. The consensus No. 3 overall pick in any Fantasy draft, Wade bounced back from a pair of injury-riddled seasons to post his finest year yet in 2008-09. He’s going to be hard-pressed to duplicate those kind of numbers – especially with Beasley expected to take a bigger role in the offence – and a host of pre-season injury issues are troubling, but Wade is still a superb choice to anchor any Fantasy team.

O’Neal is already struggling with injury woes this preseason. Problems with his foot, groin and shoulder should remind Fantasy owners why JO is such a headache despite his tremendous rebounding and shot-blocking ability. As always, draft with extreme caution here.

Beasley is an obvious pick, but he’s on too many people’s radar to truly be considered a sleeper. Instead, take a look at the work done this preseason by Joel Anthony, who has emerged as O’Neal’s main backup at centre. If (read: when) O’Neal goes down, Anthony has a chance to be extremely useful. And if O’Neal’s injuries are of the long-term variety, Anthony could be one of the most pleasant surprises of the season.

Miami doesn’t have a single freshman on the squad. The Heat traded away its 2009 first round pick back in 2007 as part of the deal that brought Ricky Davis and Mark Blount to Miami. Miami had three second round picks: it selected Marcus Thornton and then dealt him to the Hornets for a pair of future second rounders; it dealt away another second rounder last year as part of the deal that sent the draft rights to Mario Chalmers to the Heat; and Miami picked Robert Dozier with the final pick of the draft, but he has since signed with a Greek League team.

Is Beasley past his troubles and ready to justify being the second overall selection in 2008? What’s the over-under for games played by O’Neal this season? Are these injuries Wade is dealing with this preseason truly minor, or is he going to have another season filled with health woes? Can the Heat survive a major injury to any of its starters? Is Anthony ready to bust out and take advantage of JO’s incessant aches and pains? Can Q-Rich wrestle the starting SF job from Beasley and re-establish himself as a decent Fantasy play?

By RotoRob
Tags: NBA
This entry was posted on Thursday, October 22nd, 2009 at 9:01 pm and is filed under 2009-10 RotoRob NBA Draft Kit, BASKETBALL, RotoRob, Team report. You can follow any responses to this entry through the RSS 2.0 feed. Both comments and pings are currently closed.