The Wire Troll: The Return of Deer-Meat Boy 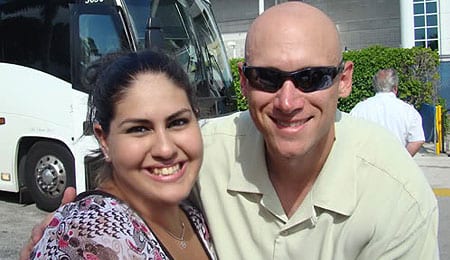 Folically-challenged Clint Barmes loves his deer meat, but he’s spending more time focusing on his value than venison this season.

Tim is in Milwaukee this week, consuming brews and brats while taking in some ball games, so Troll writing duties fall to yours truly for the next two installments.

Well, it’s been another eventful week, with the Cubs’ woes reaching the boiling point, A.J. Burnett dominating the Mets and even getting help from the beleaguered Yankee pen, and the Indians’ dismantlement beginning with the trade of Mark DeRosa to St. Louis.

Clint Barmes, 2B, Colorado Rockies: Barmes was dropped in the batting order last week, but this weekend he was moved back up and has responded with five hits in the past two games, smacking a homer and swiping a base on Saturday. He’s now batting .327 with four homers, 19 RBI and an 864 OPS this month for the red-hot Rox, so if you need middle infield help – remember, Barmes also qualifies at shortstop – you might want to take advantage of the fact that deer-meat boy is having a career year.

Fernando Nieve, SP, New York Mets: Maybe all Nieve needed was a chance. I really liked what I saw out of this former top prospect back in 2006, but he missed most of the 2007 season because of Tommy John surgery, and was unimpressive in a very limited trial last year. Now with the Mets, Nieve was brought up earlier this month, and with both John Maine and Oliver Perez hurting, he’s made the most of his opportunity, limiting opponents to 10 hits and three runs in 18 2/3 IP while winning all three of his starts. Nieve’s command, however, leaves something to be desired, so while I recommend picking him up for speculative purposes – after all, he’s done well enough to buy himself more rotation time even when the Mets get healthy – I wouldn’t advise starting him this week unless you’re in a super deep league. Nieve is slated for road starts in Milwaukee and Philly, and that spells trouble for a young pitcher who is struggling with his command.

Homer Bailey, SP, Cincinnati Reds: How lucky are you feeling? Bailey has walked a ridiculous 13 batters in his two starts and 9 1/3 IP this year, the most recent outing coming Saturday, when he issued seven free passes to the Indians, yet earned the win. Last chance for Bailey, right? Shockingly, he’s still just 23 years old, so there’s no way you can give up on this one-time “can’t miss” prospect. Despite some issues with the long ball, Bailey was doing a superb job at Triple-A this season, so he totally deserved another chance to prove himself as a major league pitcher. He was striking out close to a batter per inning in the minors, and if he can get his major league rate up anywhere near that (say, even 7 K/9), I think we might finally start to see Bailey deliver on his promise. Pick him up in NL-only leagues, but for now, only start him against weaker offenses until he gets his control ironed out.

Ricky Romero, SP, Toronto Blue Jays: Can someone explain to me why this rookie isn’t getting more fantasy love? After nearly no-hitting a dangerous Phillie lineup Friday, Romero wrapped up his month with a 3-1 record and 2.36 ERA. He gave up just 26 hits in 34 1/3 IP, walking 10 and averaging almost a strikeout per inning. This sounds like a kid who’s going to stick in the rotation all year, and despite missing three weeks to injury earlier this season, has a chance to compete for the AL Rookie of the Year. You want him on your Fantasy team regardless of the format you play in, and may I suggest you act quickly, because Romero can’t continue to fly under the radar for long.

Dan Meyer, RP, Florida Marlins: Matt Lindstrom will be out for six weeks because of an elbow strain, leaving the Marlin closer gig vacant. Leo Nunez is in the mix here, but because he’s working his way through an ankle injury, the first crack at this job will likely go to Meyer. Last week we mentioned that he could be a factor, and sure enough, Meyer pitched a perfect inning – his ninth straight scoreless outing – for his first career save on Wednesday. He’s been one of the NL’s better set-up men this season, and considering he’s averaging virtually a strikeout per inning, Meyer seems to have what it takes to be a dominant closer. I’d pick him up in any format right now, but remember that Nunez could factor into this equation once he’s 100 per cent healthy.

Randy Wells, SP, Chicago Cubs: If Romero is the rookie hurler not getting any respect in the AL, Wells fits the same bill for the NL. He’s now tossed back-to-back quality outings for his first two big league wins, and while the home runs are becoming a bit of an issue lately, he’s been just as sharp as he was last month and this righty seems to be a very quick study – a trait that will stead him well as he learns to limit his mistakes. I’d recommend picking up Wells in an NL-only league and seriously considering him in a deeper mixed league, especially if you need a spot starter and he’s pitching on the road, where he’s been particularly sharp (2.20 ERA through five starts).

Clay Zavada, RP, Arizona Diamondbacks: Remember Brad Ziegler’s incredible run to begin his career in 2008? Well, Zavada is quietly becoming the 2009 version, having tossed 17 straight outings without giving up an earned run (he did give up his first unearned run last weekend, suffering the loss as a result). This run of beginning his career without an ER allowed ties him for the fifth longest in baseball history. Right now, Zavada is only recommended in a very deep NL-only league as he’s been mostly used as a situational lefty. But with the shaky nature of the D-Backs’ pen – and the fact that Zavada has proved (in a limited sample size, mind you) that he can get righties out – who knows how far he can ride this streak? I’m just saying that it wouldn’t be totally shocking to be talking about Zavada in a much more important role very shortly.

By RotoRob
Tags: Chicago Cubs
This entry was posted on Sunday, June 28th, 2009 at 1:46 pm and is filed under BASEBALL, RotoRob, The Wire Troll. You can follow any responses to this entry through the RSS 2.0 feed. Both comments and pings are currently closed.