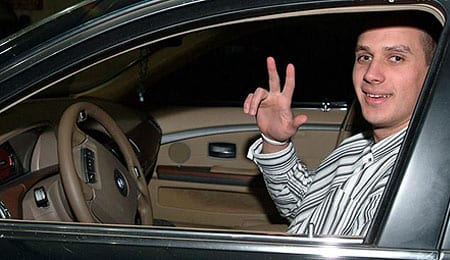 Editor’s Note: Did you miss the boat on joining an NBA fantasy league this fall? No problem-o. Over at Draftbug.com you can hop in whenever you like and play in a fantasy league that features a shorter season. Try daily or weekly leagues. That sure takes the sting out watching your team suck all season after a crappy draft. Go check out Draftbug.com and tell them RotoRob sent you (we get free Popsicles for every one who signs up!).

I realize that most of you are primarily interested in fantasy baseball, but since it’s basketball season, I thought I’d share some fantasy hoops strategy to help you win at Draftbug and other daily fantasy basketball contests (such as Snapdraft). My approach to this (and it’s worth mentioning that I haven’t had time to try this out yet) is fairly similar to the approach I used to win the 2008 Rotohog Baseball contest. I’d recommend doing the following in MS-Excel:

1. Calculate player statistics in all scoring categories per minute played. This gives you an idea how good the player is when they’re actually in the game.

2. Estimate expected minutes played for all players. Assuming that you don’t follow basketball closely, I’d probably use something like the average of the last five or 10 games. You’re going to miss out on players filling in for very short periods when someone is injured (and those probably are the best values), but at least you’ll also avoid giving a high ranking to most players who were filling in and will be pushed to the bench by returning players. Giving someone who won’t play a top rating is a much worse mistake to make here than underrating someone who will play more than expected. For instance, don’t put too much stock into the fact that Daniel Gibson played 32 minutes Tuesday night in the Cavs’ win over the Raptors. First of all, it was a blowout win. Secondly, with Sasha Pavlovic sidelined with the flu, Boobie got extra run. That won’t happen consistently, so don’t let it fool you into overinflating his value.

3. Make an adjustment to play statistics based on whether the player is home or away. I would add 2 per cent for home players and subtract 2 per cent for players on the road. That may be slightly under adjusting, but in general I’d rather do this than overshoot with my adjustments.

4. Make an adjustment for opponent. You can get fancy with this and try to use statistics for how opponents affect specific statistics or players at specific positions’ stats, but for starters just calculate the impact specific teams have on opponents’ scoring, and adjust projections by that amount. So if a given team allows 95 points per game vs. a league average of 100 points per game, then adjust their opponents’ projections in all categories down the difference (in this case, 5 per cent, so your calculation will be projections x 0.95).

6. Select a team that balances solid undervalued players based on your points projection with top rated players (who may or may not be underpriced).

You can refine this strategy to be more precise, but I’m fairly certain that it will be a winning one, even in the relatively crude form described above.

By RotoRob
Tags: Cleveland Cavaliers, Daniel Gibson, Draftbug, Fantasy Leagues, NBA, RotoRob, Sasha Pavlovic, Toronto Raptors
This entry was posted on Wednesday, February 4th, 2009 at 2:12 pm and is filed under BASKETBALL, Draft strategy, Fantasy Leagues, RotoRob correspondent report. You can follow any responses to this entry through the RSS 2.0 feed. Both comments and pings are currently closed.